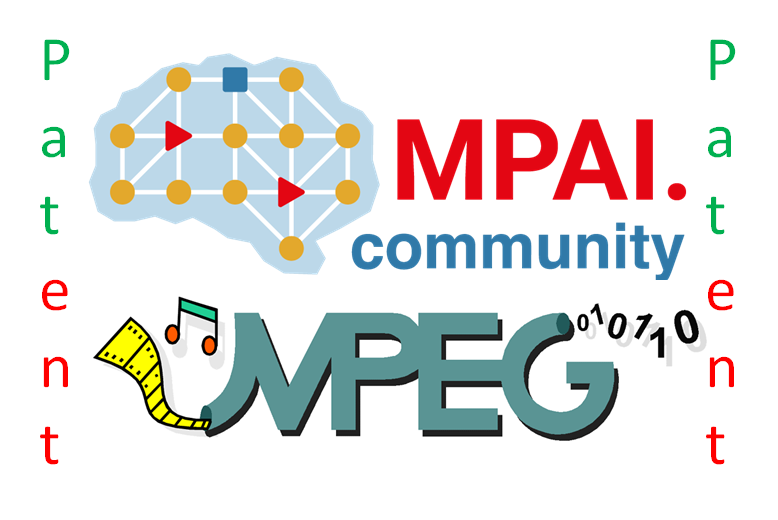 Four years ago these days, I was writing a post on my blog titled A crisis, the causes and a solution. The subject was the issue of patents in MPEG standards. It was a time when I still had reasons to believe that something could be done about that issue.

In this post I want to revisit the issue because that post and others following it are still among the most read posts on my blog. This means that people still care about the issue. I can now address it with the advantage that, in the last four years, I gathered a lot more experience and I can say more.

First let me recall the issue:

The above was the (rather long) preamble to what this article is about, namely: is there an alternative way to develop standards that remunerates innovators or is the only possible future a stagnation fomented by royalty-free licensing?

The answer is yes to the former question. There is one alternative that is being practiced.

Moving Picture, Audio and Data Coding by Artificial Intelligence (MPAI), established in September 2020, has produced 5 standards. For 4 of those standards, it has adopted the following process:

This is a revolution because, within the limits of antitrust legislation that does not allow companies to set a price before the standard is developed, the Framework Licence does add two essential elements that FRAND misses: when will the licence be available and at what price. It is a minimal departure from the roadblock of the FRAND policy, but one that can save innovation from stagnation.

If you are interested in usable standards, this is the time to join MPAI.

Join the fun, build the future!

A note: The paper MPEG: What Happened? makes the following statement; ‘On June 6, 2020, the message shown in Figure 1 appeared on Chiariglione’s MPEG site announcing that MPEG is “closed.” A little digging revealed that while Chiariglione had, in fact, separated from MPEG, MPEG was in fact not closed, though it was significantly reorganized.’

I believe that the duty of anybody producing publicly available information is not to produce fake news. The word MPEG is used in different context: a file format (e.g., mp4), a standard (e.g., MPEG-4), as part of a company name (e.g., MPEG LA), as ISO/IEC JTC 1/SC 29/WG 11 (aka as MPEG, or vice-versa), and more.

I maintain that MPEG is closed. If anybody says otherwise, it propagates  fake news.

Excerpts from an interview

Toward the first anniversary of the MPEG death

MPAI-MMC to be adopted as IEEE standard