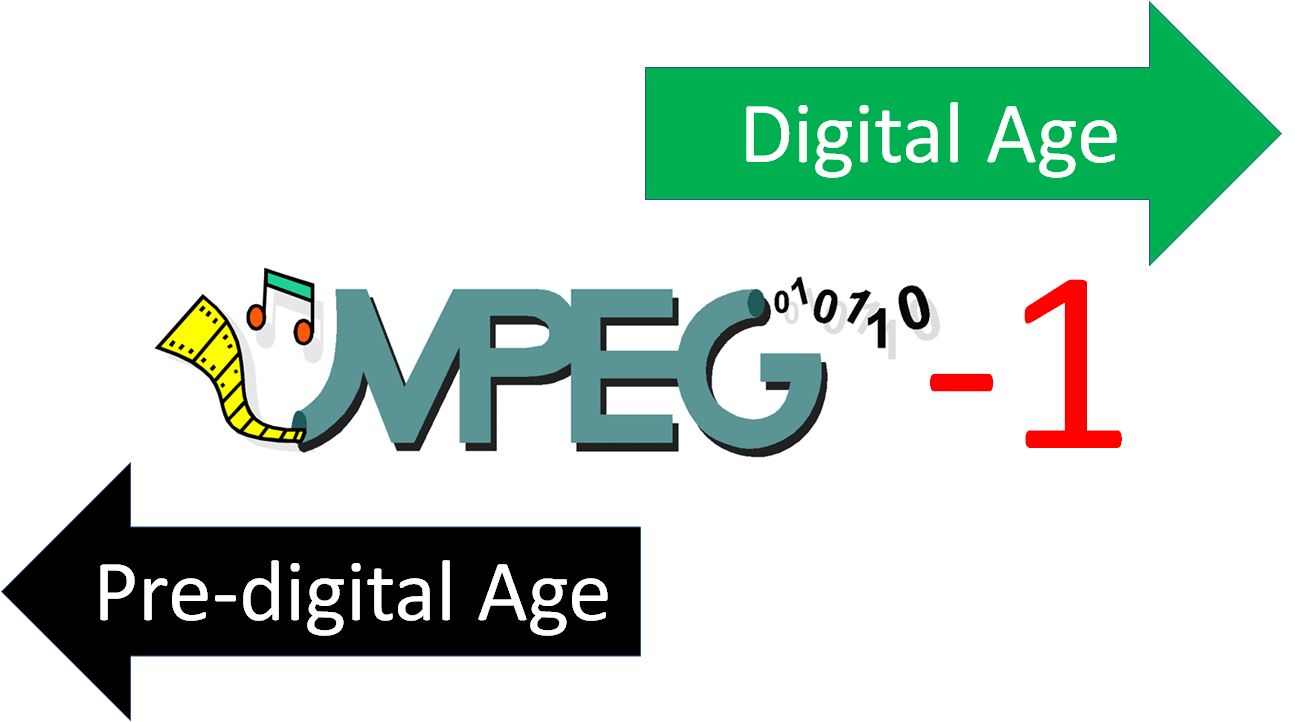 …and that is the number that separates us from the pre-digital age.

Why should the 6th of November 1992 be the beginning of the digital age?? Well, because 30 years ago, this very day, MPEG approved its first – MPEG-1 – standard.

I am sure that some of you would want to disagree, not with the anniversary, but with its significance. So let me insist and say that MPEG-1 is the dividing line between the digital age and whatever age was before.

I am ready to concede that there were examples of digital technologies before that date. An obvious first was ITU-T G.701, format for digital speech of the ‘60s. The problem is that its use was confined to the trunk network (I doubt that anybody ever heard the difference after their local exchange handled digital speech). Another was the videoconference of ITU-T H.120. Much to my disappointment (because my group developed one of the first implementations), the total number of installation was a few tens. Still another was the compact disc. It was an improvement compared to vinyl (but some still say that the sound of the CD is inferior to the sound of vinyl) and it was more portable (comparable to the bulkier portable 45 rpm players existed before).

But is there anyone who dares to compare the solid music experience of the pre-digital age with the liquid music experience brought about by MP3? No way. MP3 belongs to another age – the digital age – and no other technology has and is still having an impact on a large share of humankind as MP3 had and is having.

MPEG-1 marks the beginning of another age, not just because of MPEG-Audio Layer 3 (MP3) but for 2 more audio coding standards. Philips and Panasonic marketed the Digital Compact Cassette that used MP1 to record digital music on cassettes and European broadcasters (followed by broadcasters in other parts of the world) deployed MP2 for their digital audio broadcasting services.

MPEG-1 marks the beginning of another age not only thanks the its audio coding standards. MPEG-1 is not confined to, although it is best known for audio. Video CD, a format mostly used in East Asia especially in the last century, used MPEG-1 Video and – you guessed it – MPEG-1 Audio, this time Layer 2 and about 1 billion VCD players were sold, a record in consumer electronics in such a short time.

Is this history of the past? Not really. MP3 is as healthy as ever  and VCD players and VCD discs are still sold in developing countries. The digital age rages and I will have more to say about what MPEG did it to make the world that we know today.