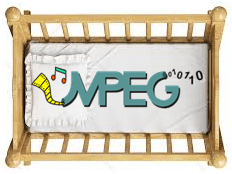 …the first MPEG meeting was held in Ottawa, hosted by the Department of Commerce (Andy Kwon).

It was the implementation of a plan that I had presented to Hiroshi Yasuda (NTT Laboratories), then the Convenor of ISO TC 97/SC 2/WG 8 at the WG 8 meeting 10 months before. It was the time when the proposal of the ESPRIT PICA project had been adopted as the starting point of what eventually became the JPEG standard. The development of requirements and call for proposals and the organisation of the tests had been conducted by the JPEG group chaired by Graham Hudson (BTRL).

My proposal was: photos (the P of JPEG) are important, but video has broader potential. CCITT (the name of ITU-T at that time) was focused on videoconference/video telephony, but the range of video applications was much broader than person-to-person video communication. This was proved by CD-i, the then much-touted Philips project to use the Compact Disc for interactive video applications.

The group was created with the acronym MPEG (Moving Picture Experts Group) and the title Coded Representation of Moving Picture Information.

There were 29 people intermittently attending (many were from the JPEG meeting next door) the group.  32 years later when the evolution of that group was disbanded, it counted 20 times more participants.

Read https://ride.chiariglione.org/the-faultline/ to know about the steps that led to the establishment and the first meeting of the MPEG group.

Thirty years is many years…