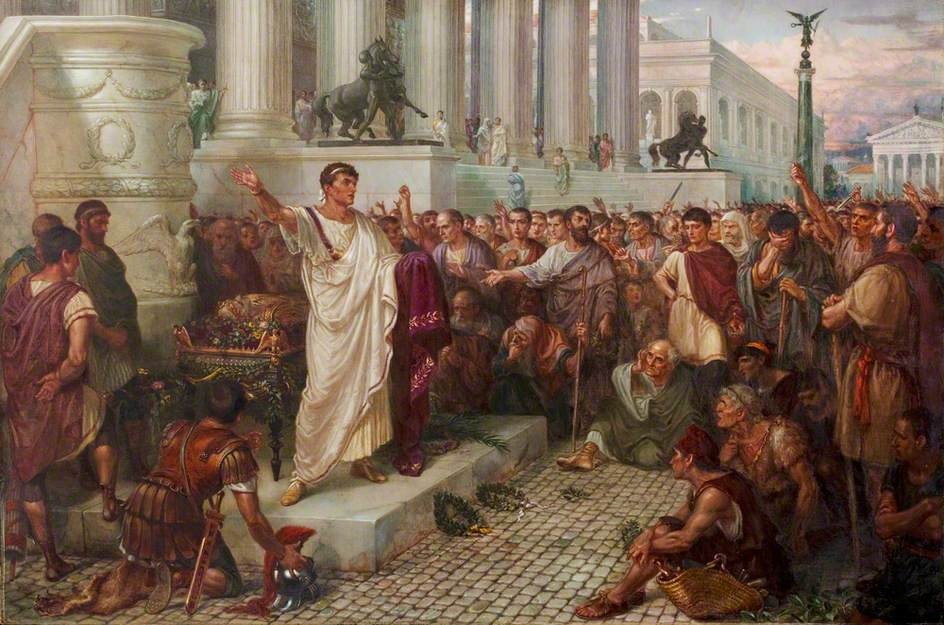 I come to bury MPEG, not to praise him.

The evil that men do lives after them;

The good is oft interred with their bones;

So let it be with MPEG. The noble ISO

Hath told you MPEG was ambitious:

If it were so, it was a grievous fault,

And grievously hath MPEG answer’d it.

Here, under leave of ISO and the rest

For ISO is an honourable man;

So are they all, all honourable men

Come I to speak in MPEG’s funeral.

He was my friend, faithful and just to me:

But ISO says he was ambitious;

And ISO is an honourable man.

He hath brought many standards home to Geneva

Whose fees did the general coffers fill:

Did this in MPEG seem ambitious?

When that the industry hath called, MPEG hath come:

Ambition should be made of sterner stuff:

Yet ISO says he was ambitious;

And ISO is an honourable man.

You all did see that at the ceremonies

Which he did five times refuse: was this ambition?

Yet ISO says he was ambitious;

And, sure, he is an honourable man.

I speak not to disprove what ISO spoke,

But here I am to speak what I do know.

You all did love him once, not without cause:

What cause withholds you then, to mourn for him?

And men have lost their reason. Bear with me;

My heart is in the coffin there with MPEG,

And I must pause till it come back to me.

Carlo Piana submits a proposal for an “MXM Public Licence” to the Open Source Initiative (OSI), 2009/03/26