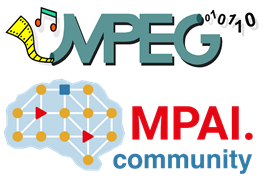 The book “Even the stars die – The history of MPEG and how it made digital media happen has been published on Amazon (https://www.amazon.com/dp/B096G6TSF9/).

In summary, the book tells the story of how MPEG engineered the transformation of analogue media, how it fostered the development of digital media, how it was terminated and how its spirit continues in the field of data coding by Artificial Intelligence through MPAI.

In this post I will publish the preface of the book.

Full communication is possible if there is an agreement – a standard – between sender and receiver about the symbols used in the message and their meaning. This applies to insects as well as to humans. Unlike animals, however, humans have constantly used technologies to improve the reach and effectiveness of their messages.

For millennia, communications standards have caught on spontaneously or have been favoured by the influence of a culture or imposed by force and weapons. In recent centuries, humans have adopted communication standards because of an advantage over existing standards.

It often happened that competing technologies became rallying points for competing communication standards. Thus, competition – a component of innovation – ended up hindering those who wanted to communicate.

There was no reason why digital technologies should not have been another example of progress achieved at the cost of users. However, an unexpected group – MPEG – changed the rules of the game by moving competition from products on the market to technologies for a standard, while retaining the benefits of competition and without hampering users.

For 3 decades, billions of users have reaped the benefits of the best communication standards without even being aware of the intense competition that had made those standards possible.

MPEG was able to churn out new standards because its business model was sustainable. The royalties earned by winners of MPEG competitions were used to pay back their earlier efforts and to develop better technologies for future standards.

A successful business model need not stay successful forever. MPEG’s disruptive role accelerated industry morphing. MPEG, too, should have morphed but ISO, the standards organisation hosting MPEG, did not allow that to happen.