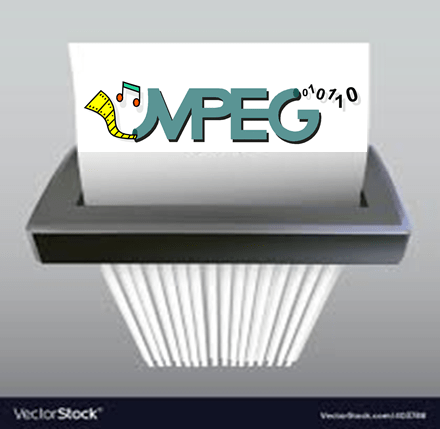 I have been interviewed by the Chinese webzine LiveVideoStack. The questions were smart and gave me the opportunity to make my views known. Here is an extract of the questions on MPEG and of my answers.

The full interview is here.

LiveVideoStack: Your new book Even the stars die: The history of MPEG and how it made digital media happen has been published this summer, congratulations! Could you tell us what inspired you to write it?

Leonardo: There is no doubt that MPEG was a unique story. A grassroot group that has made all media digital with an economic impact of 1.5 trillion USD/year.

As the person who conceived the idea of such a group and led it for 32 years, I thought I had the duty not to let that big achievement fall into oblivion or, worse, be exploited by unscrupulous persons for unspeakable purposes.

LiveVideoStack: Please give us a reason why people should read this book.

Leonardo: The facts of history never repeat themselves, but facts templates do. The world of today is certainly not the world of 33 years ago and technology of today is not technology of 33 years ago, but human patterns are surprisingly constant. The book is not only a must read for those who want to understand how the analogue media of 30 years ago media were converted to the digital media of today, but also by those who may have in mind a big idea and may want to draw inspiration from the unique MPEG story.

LiveVideoStack: You resigned from MPEG last year, and said that MPEG was closed, but MPEG disagrees. What happened between you and this video standards group?

Leonardo: We must first agree on the meaning of words. When the Union of Soviet Socialist Republics ended in 1991, did the land and the people who lived in the USSR disappear? No, they did not.

The integrated group dealing with all media that I created in 1988 –  MPEG – no longer exists and has been replaced by a collection of other entities. At least, the USSR splinters have meaningful names like Russian Federation, Ukraine, Kazakhstan etc., not meaningless names as WG1, WG2 etc. more suitable as identifiers of workers at the assembly line.

If you say: “MPEG disagrees”, you should tell me what is the thing you call MPEG today.

If you ask: “What happened between you and this video standards group?”, I will simply say that MPEG has been hijacked, just as it happens when a gang hijacks an airplane. This is something that was common in feudal times (hijacking a domain by the force of arms, not airplanes), as it is recounted in the Romance of Three Kingdoms. ISO is one place in the world today where a gang can still hijack a group.

If you ask: “What happened between you and the people in this standard group”, my answer is absolutely nothing, save for the hijackers. For decades I had a wonderful relationship with the thousands of people I have worked with in MPEG. I am in regular contact with many of them.

LiveVideoStack: Do you have any regrets in MPEG, or something you wish you had done?

Leonardo: A group like MPEG with a structure that had been honed over decades and, as I said, had such an economic impact should have continued to serve humankind for many more decades. At a celebration event of the 100th meeting I said: “if in 100 years MPEG will no longer exist, it will be because the people wanted to kill it.”

That was a prophecy.

The birth of the MPEG star