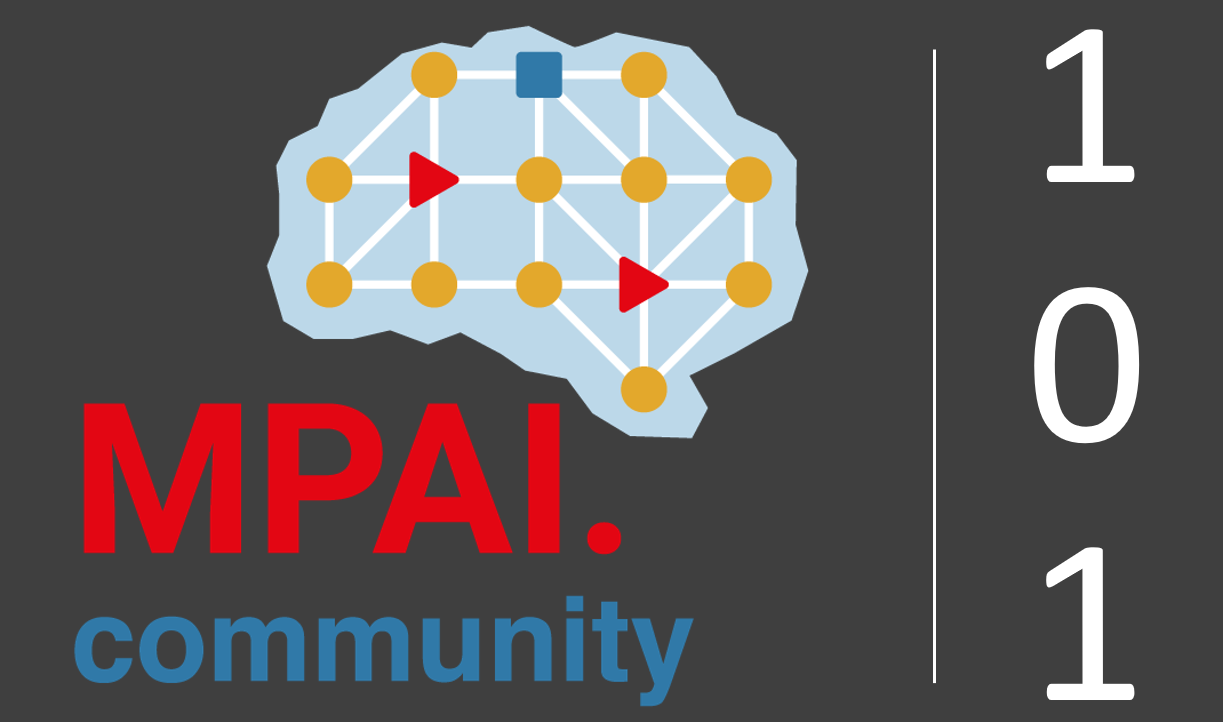 The 19th of July 2022 was the second anniversary of the launch of the MPAI idea. After two years of existence, it is useful to have a summary of MPAI’s vision, mission, processes, achievements, plans, and the sister organisation MPAI Store. Those in a hurry can have a look at a 2 min video about MPAI (YouTube – non-YouTube).

The state of Artificial Intelligence today is like the state of digital media some 1/3 of a century ago. Many players hold many technologies, but none has the power alone to create a level playing field where different players can deploy interoperable products, services, and applications.

Mission. The international, non-profit, and unaffiliated MPAI organisation develops standards for AI-based data coding and seeks to play the role of enabling that level playing field. 1/3 of a century ago the blocking factor was the high amount of data generated by the digitisation of analogue media. Today this remains an issue, but Artificial Intelligence can also be applied to all sorts of data when it is convenient to transform it from one format into another format.

Processes. Developing standards is a challenging business because standards are often based on sophisticated technologies that result from large research investments and have the potential to be used by millions of people. MPAI takes the following approach:

MPAI is developing its standards using a process that accommodates such requirements:

MPAI has also developed Governance of the MPAI Ecosystem (MPAI-GME), a foundational standard laying down the rules that govern the submission of and access to MPAI standard implementations with attributes of Reliability, Robustness, Replicability, and Fairness, available from the MPAI Store.

Plans. MPAI is engaged in 3 projects which have just reached the Call for Technologies stage and aim at:

MPAI is also engaged in several other projects which have not reached the Call for Technologies stage:

Implementations should be labelled so as not to confuse users. The Governance of the MPAI Ecosystem assigns this task to the MPAI Store, a not-for-profit organisation that verifies the security of implementations, tests the claimed conformance to an MPAI technical specification, records the result of a Performance Assessor, and makes the implementation available for download. The MPAI Store also manages a reputation system recording reviews of MPAI implementation.

MPAI offers Users access to the promised benefits of AI with a guarantee of increased transparency, trust and reliability as the Interoperability Level of an Implementation moves from Level 1 to 3.

A book, a question and an answer

The second round of MPAI standardisation begins