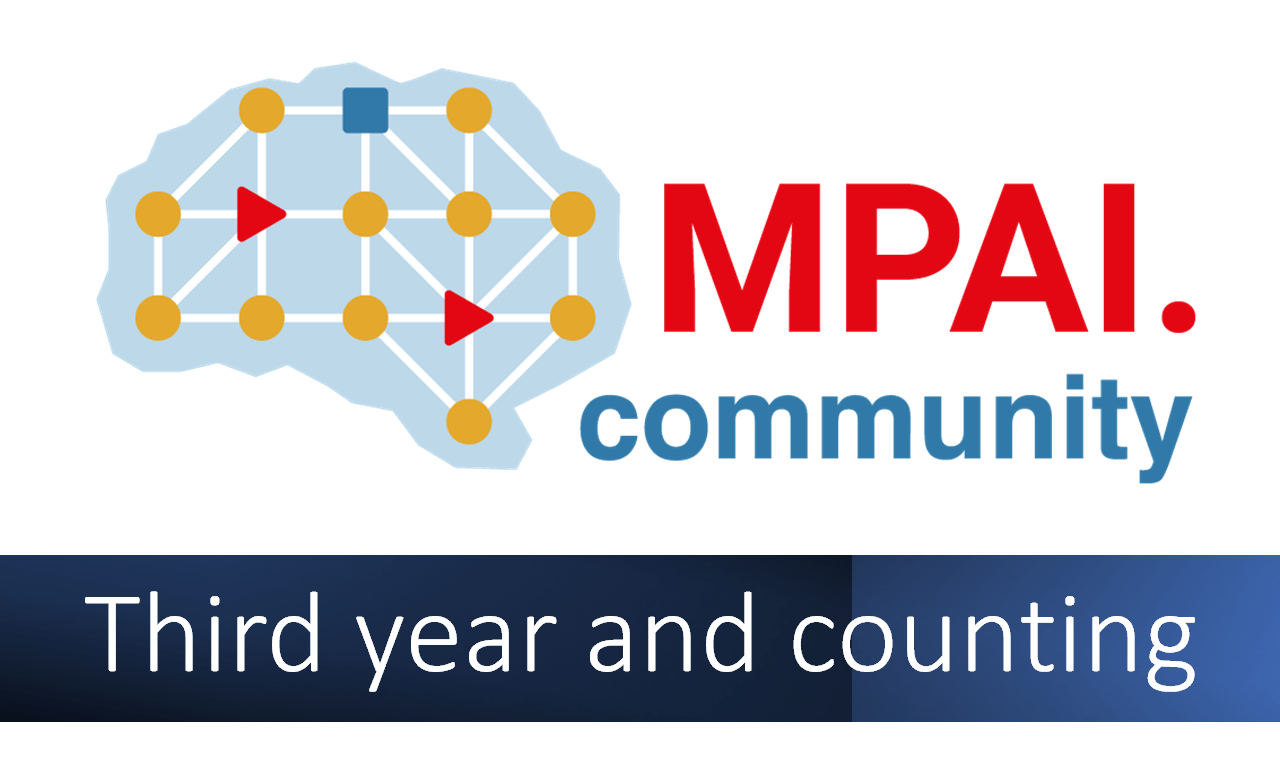 Moving Picture, Audio, and Data Coding by Artificial Intelligence – MPAI – was established two years ago, on 30 September 2020.. It is a good time to review what it has done, what it plans on doing, and how the machine driving the organisation works.

These are the main results of the 2nd year of MPAI activity (the activities of the first year can be found here).

The organisation of the machine that has produced these results is depicted in Figure 1.

The Board of Directors is in charge of day-to-day activitivies and oversees five Advisory Committees: Membership and Nominating, Finance and Audit, IPR Support, Industry and Standards, and Communication.

The Secretariat performs such activities as keeping the list of members, organising meeting, communicating etc.

In its third year of activities MPAI plans on:

At its 24th General Assembly the Board announced the new membership policy: those who join MPAI after the 1st of November will have a 14-month membership until the 31st of December 20223. A good opportunity to join the fun, build the future!

The governance of the MPAI ecosystem