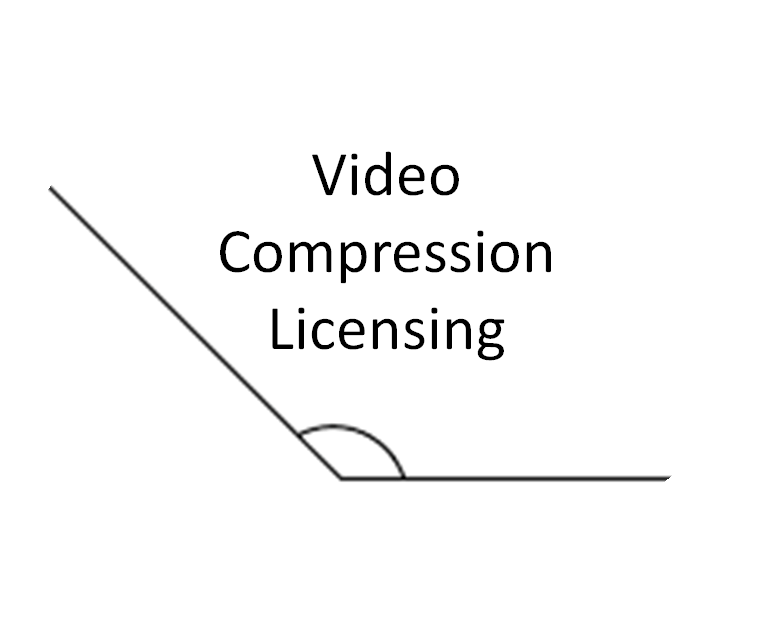 The industry blew its chances with the MPEG-4 Visual licence but recovered with the MPEG-4 Advanced Video Coding (AVC). AVC has not been anything close to the MPEG-2 cash cow, but it has been a decent cash generator.

At about the same time of the MPEG-4 AVC licence, I started realising that the years of the model that had driven the MPEG-2 and would hopefully drive the MPEG-4 AVC success were numbered. Video coding was no longer a lucrative technology niche but a vast and populated area. The value of a video coding standard could no longer rely on the fact that it was issued by a renowned body but had to find better justifications. That was a not so difficult assessment to make and indeed Real Networks, Microsoft and Google did not waste time to prove it.

I did not stop at the assessment but did put things in motion.

WebVC was the project that sought to formalise the MPEG-4 AVC Baseline Profile into a royalty-free standard. Major industry players supported the project, but Option 2 patent declarations (“I may have patents and I am willing to licence them”) flew thick. The industry (not all of it, “that other part of the industry”) simply did not get it. If MPEG did not foster the creation of royalty-free patents in its “friendly” environment, royalty free patents would happen outside in a “hostile” environment.

“That other part of the industry” was given another chance with Internet Video Coding (IVC). Test showed that IVC performed better that MPEG-4 AVC some 10 years after MPEG-4 AVC was approved. However, another shower of Option 2 patent declarations welcome IVC.

These things were happening around the time MPEG-H HEVC was being approved (January 2013). With a stubbornness worth of a better goal, “that other part of the industry” forced the continuation of the by then 20-year-old licensing model.

I have written more than once about the incredible HEVC licensing débâcle (Matching technology supply with demand, IP counting or revenue counting?, Business model based ISO/IEC standards, Can MPEG overcome its Video “crisis”?, A crisis, the causes and a solution) and I blamed the complexity of the licensing and the confusion in the industry at large. Sure, three competing patent pools did not help but they did not prevent the broadcasting industry from adopting HEVC.

The problem is that, today, broadcasting is, by and large, a niche destined to get narrower and narrower if measured with the global video distribution business. Instead, internet video skyrockets but here the use of HEVC is at around 10%. Why? Because, as I realised 15 years ago, a prestigious standard label is no longer a guarantee. The problem is that “that other part of the industry” did not get it.

As a European, I sadly note that all large-scale video coding standards-enabled manufacturing is disappearing in Europe. I can understand the lobbying power of “that other part of the industry”, but someone in the European Commission should start asking questions and get answers before someone else in the higher layers “gets it”.

The main message of the recently published HEVC Royalty Stacking and Uncertainty Threaten VVC Adoption paper is that “that other part of the industry” should lower their licensing fees if they do not want to be wiped away.

For sure, their broadcasting “franchise” is no longer guaranteed. The issue is that “that other part of the industry” cannot stand the reduction of fees that – hopefully – will allow them to survive.

Today, the problem of video licensing is “that other part of the industry” were blinded by the MPEG-2 licensing success and thought that would be the new norm. What a mistake! That was the old norm, it was The Last of the Mohicans. Inventiveness was required to thrive in the digital world.

I am not particularly concerned by the future of “that other part of the industry”. As I like to say “God blinds those He wants to lose” (not because He wants to blind them , but because they simply want to lose themselves),

I am concerned by the future of the thousands of people whose growth I fostered in my 32 years of service.

Even the stars die – A guided tour