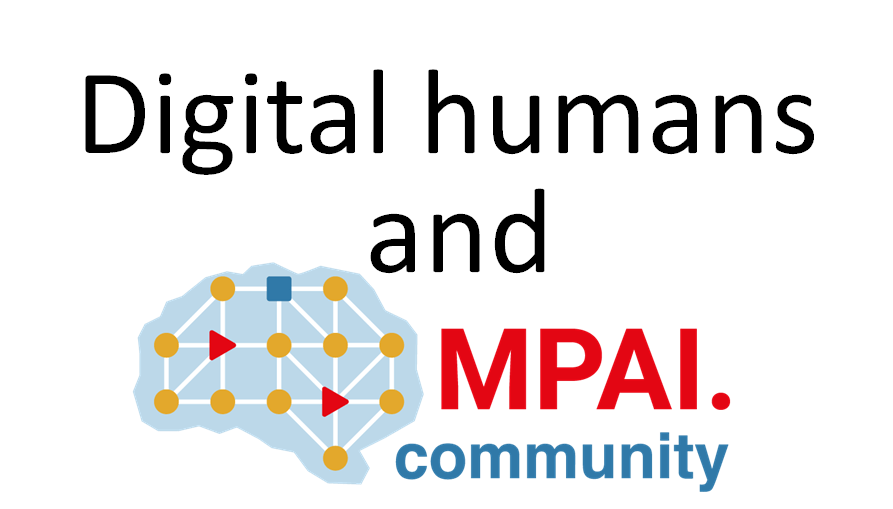 “Digital human”  has recently become a trendy expression and different meanings can be attached to it. MPAI says that it is “a digital object able to receive text/audio/video/commands (“Information”) and generate Information that is congruent with the received Information”.

MPAI has been developing several standards for “digital humans” and plans on extending them and developing more.

Let’s have an overview.

In Conversation with Emotion a digital human perceives text or speech from and video of a human. It then generates text or speech that is congruent with content and emotion of the perceived media, and displays itself as an avatar whose lips move in sync with its speech and according to the emotion embedded in the synthetic speech.

Adding an avatar whose lips move in sync with the generated speech could have a more satisfactory rendering of the speech generated by the digital human.

Adding an avatar whose lips move in sync with the generated speech and according to its embedded emotion could have a more satisfactory rendering of the digital human speech.

In both cases an avatar can be animated by the emotion-enhanced speech.

MPAI has more digital human use cases under development: 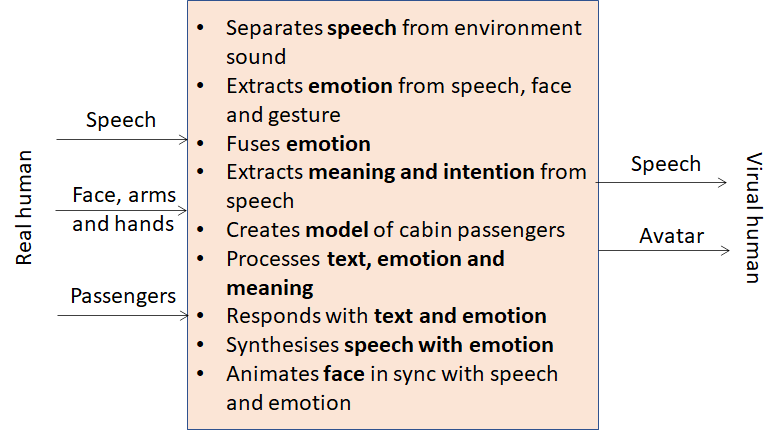