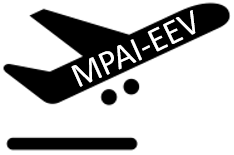 A meeting was held on the 6th of September. The reasons why MPAI was created one year ago with what mission (“develop AI-centred data coding standards”) and based on which foundations (New process to improve old shortcomings, Framework for AI standards, Framework Licences and Guaranteed “performance”  of AI technology) were presented. Then the current AI-based video coding approach that replaces/improves the MPEG-5 EVC standard with AI tools (MPAI-EVC) was described.

As MPAI-EVC is designed to serve short-to-medium term needs, the recent decision  to kick-off the MPAI strategy leg #2 was discussed. AI-based End-to-End Video Coding (MPAI-EEV) is motivated by research that shows significant further gains but significant more research is needed.

These efforts are important but the field is very broad and the fact that research is being carried out without coordination may lead to unnecessary duplication of efforts and insufficient allocation of resources to some areas of investigation.

MPAI-EEV is designed to serve long-term video coding needs. In the first phase of work MPAI-EEV operates as coordinated research where researchers are engaged in cycles comprising:

It was agreed that the definition of a reference model was the first step. The method envisaged is by extracting the models implicitly or explicitly assumed by published End-to-End Video Coding papers, including published Open Source Software.

A number of people have volunteered to study selected and allocated papers with the intention to come to the next meeting with the results of their investigation to start the development of a common reference model and its components.

As MPAI-EEV is in a preliminary phase, the meeting is open to interested parties. If you intend to join please contact the MPAI Secretariat.

Would you buy a used car from…?