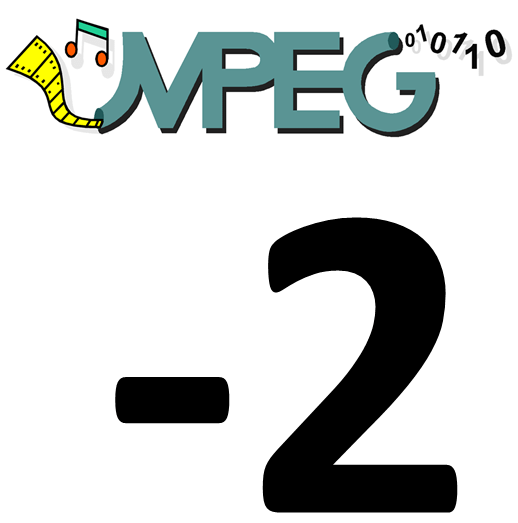 Toward the end of the 1980’s, the television industry went crazy with digital TV:

In this confused context, the most interesting thing of all is that the technology to “make” digital TV was almost there:

Why nothing was happening, then? Because none of the actors implicitly mentioned above were ready to yield an inch to their competitors – across countries/regions, industries and, more so, across companies in the same industry.

In such conditions, it was virtually impossible for any of the actors to make things happen because it was no longer the time of ITU-R Recommendation 624 “Characteristics of television systems” which had governed analogue television broadcasting for decades with the implicit proviso: “every country reserves the right to adopt its own television system and will kindly communicates their decisions to ITU for record”.

In those years, however, it should already have been clear that without an ecosystem of sufficient size – geography- or industry-wise – it was inconceivable to make autonomous decisions. The sheer size of the investment needed and the number of parties to be aligned prevented that. Those who made that decision – Europe and Japan – learned the lesson at a high price.

I have already compared the role of MPEG in the media industry of that time with the role played by the Mule in the Galactic Empire of Asimov’s Foundation. A totally unexpected figure who simply overthrew the established order of things, because it was new, different, and unexpected.

So, the first meeting about digital television requirements, held in July 1990, looked more like a conspirators’ gathering than an official meeting. This could be seen from the attitude of representatives of some countries who left the meeting with the unspoken attitude “we have attended this gathering this time, but we reserve our position for the next”. Even the MPEG-2 name took months to be used informally and years to be used publicly.

But the conspiracy spread fast because that first meeting was the beginning of an avalanche.

Some 30 years later, it is easy to look back at those days and congratulate on the results achieved. Things, however, were not at all easy to achieve.

The reality is that the worldwide broadcasting industry, accustomed to plenipotentiary meetings in Geneva, watched with trepidation this uncontrolled group of technologists gathered under the MPEG flag, meeting at the four corners of the world, with the self-appointed task to deliver a digital television broadcasting standard. That industry would have rather neglected their existence, but the line-up of companies engaged in MPEG did not allow them to do so.

Ronald Bedford, then with the Independent Television Association in the UK, Taiji Nishizawa, then Director of the NHK Science and Technology Research Laboratories and Chairman of ITU-R SG 11/B, and Robert Hopkins, then the Executive Director of ATSC (and a member of the Steering Committee of the HDTV Workshop that I had founded in 1986) attended all the critical meetings in which the MPEG-2 features took shape.

In retrospect, I would say that the worldwide broadcasting industry sort of “made a deal” with the uncontrolled MPEG technologists. I like to think that the situation was like the one a few years before when the blue-suited and red-tied IBM people went to Redmond and made a deal with that group of long-haired programmers working for what would become the Microsoft that we know. Interestingly, not unlike the Microsoft-IBM deal, MPEG “signed” a non-exclusive deal with tererstrial broadcasting.

As the blue-suited IBM people did not question the low-level DOS function calls that the long-haired Microsoft employees of those early years were writing, the worldwide broadcasting industry representatives did not question the video prediction modes or the systems packet field choices that MPEG people were making in the animated Video and Systems meetings (the experts from the companies they represented did, however). They attended the Requirements group meetings where the guidelines for the development of the technology were set.

That was the terrestrial television side of the industry. Something similar happened with the cable industry when I received the visit of Dick Green, President of Cable Labs, a newly formed laboratory funded by the North American cable industry to my laboratory at CSELT. Dick was a veteran and had a good understanding of standardisation, having attended ITU meetings in his former position at the Public Broadcasting Service (PBS), the public USA broadcaster, but wanted to have first-hand experience.

The ultimate result of that meeting was the creation of the first patent pool. Indeed, at the urging of several companies led by Baryn Futa, former Cable Labs CEO, the U.S. regulatory authorities started viewing patent pools positively as “pro-competitive”. In 1995, the U.S. Department of Justice and the Federal Trade Commission released the “Antitrust Guidelines for the Licensing of Intellectual Property”. Later the Antitrust Division issued a letter supporting the MPEG-2 patent pool.

The antitrust authorities in Europe and Japan followed suit.

This is a very concise history of how the television industry went digital. You can find more details in Even the stars die – The history of MPEG and how it made digital media happen available from Amazon.

Even the stars die – Preface