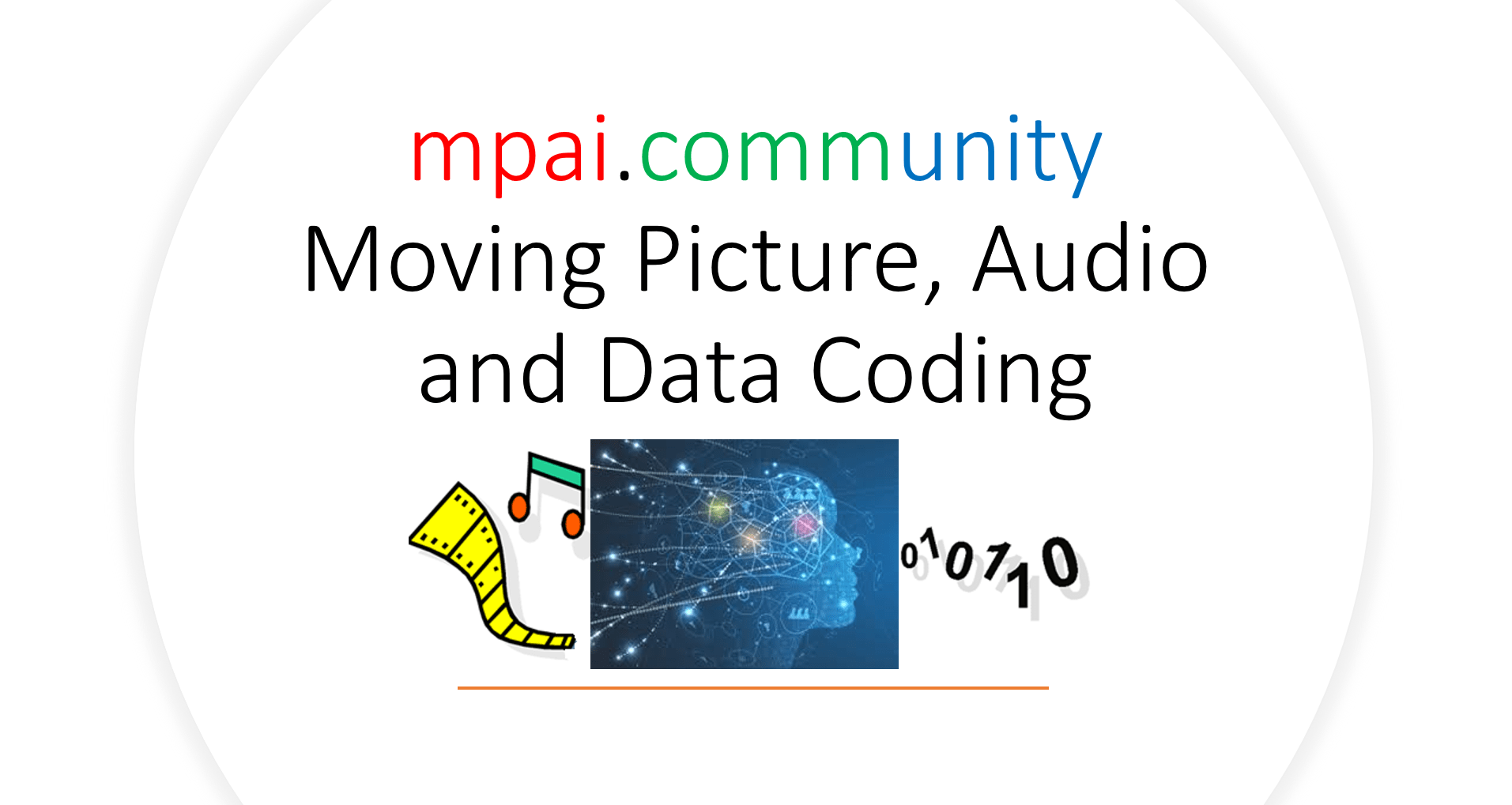 Problem statement: Making standards, especially communication standard, is one of the noblest activities that humans can perform for other humans. The MPEG group used to do that for media and other data. However, ISO, the body that hosted MPEG, suffers from several deficiencies, two of which are: fuzzy governance and ineffective handling of Intellectual Property Rights (IPR), the engine that ensures tech­nical innovation-based progress. The prospects of reforming ISO are low: installing good governance requires capable leadership and solving the IPR problem is an unre­warding endeavour. Actually, the only beneficiary of such endeavours is by and large only MPEG, whose standards collect ~57.5% of all patent declarations rece­ived by ISO.

Moving Picture, Audio and Data Coding by Artificial Intelligence – MPAI is a not-for-profit organisation that addresses the two deficiencies – governance and IPR handling – by building on and innovating MPEG’s experience and achiev­em­ents and by targeting the involvement of a large community of industry, research and acad­emic experts. MPAI’s gover­nance is clear and robust, and its specifications are developed using a process that is technically sound and designed to facil­it­ate practical use of IPR in MPAI specifications.

Mission: to promote the efficient use of Data by

Data include, but are not restricted to, media, health, manufacturing, autom­ot­ive and generic data.

Process: before a new project starts (i.e. before a Call for Technologies is issued)

Method of work: the GA develops, maintains and constantly updates a work plan on the basis of Members’ inputs and responses to Calls for Interest. The GA assigns the development of a TS to a DC. The DC typically issues Calls for Evidence and/or Calls for Technol­ogy. Anybody may answer Calls for Interest, Evidence or Technology. A non-Member whose contribution submitted in response to a Call for Technology is accepted, is requested to join MPAI. DCs develop TSs by consensus. If consensus is not reached on an issue, the chair may decide to bring the matter to the attention of the GA who decides by qualified majority vote. The DC shall docum­ent which (parts of) a contribution is adopted in the TS. See here for a detailed work flow.

Membership: companies and organisations, including universities, may become Principal or As­sociated Members at their choice. Applicants can become and then remain Members by paying yearly membership fees. Only Principal Members are allowed to vote. Associated Mem­bers may join DCs and contribute to the development of TSs.

Key documents: The text above is a summary description of MPAI. The Statutes, that include detailed Procedures of work should be con­sulted for precise information. See a summary here. The Statutes are being reviewed and will be made public shortly.

The MPAI web site is at http://www.mpai.community/. As the TLD suggests, MPAI is a community. Therefore, comments from the community, in particular on Statutes and Operation, are welcome. Please send your comments to Leonardo, while the MPAI Secretariat is being established.