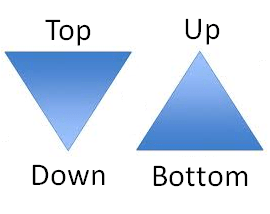 I let the readers make their own opinion about the wisdom of making a decision supporting the desire of the two NBs unidentified above and commiserate those seeking positions while unfit, but I cannot avoid noting the stubbornness of those who persevere on a path that is marginalising the use of HEVC, and possibly other MPEG standards as well, and negatively impacting the MPEG name, while the use of AVC is universal.

I have no doubt that SC 29 will continue, by sheer inertia, the work that MPEG had under way before being erased. However, the long term prospects are not positive. Today I will analyse the following reason: as a Subcommittee, SC 29 will make top-down decisions as opposed to MPEG’s bottom-up consensus building.

For 30 years MPEG has developed standards starting from inputs coming from its members (individuals). Nothing came ever down from SC 29, i.e. from NBs. For instance in July 2019 a proposal called Video Coding for Machines was made whose main elements I had the opportunity to introduce. Some 100 people are currently working on that proposal.

Those who think that MPEG’s successful standards have been proposed by NBs have got it completely wrong.

In MPEG, a formal process used to start form an idea. If successful, the idea could become a candidate for a standard. It was an engaging process where everybody was entitled to bring arguments pro and con. If the idea survived and prospered, it would become the target of a call for proposals of technologies. The submitted technologies, typically revised by MPEG, would be converted to a standard. All the process was managed by a group called Requirements.

Those bringing a new idea to MPEG were like entrepreneurs trying to get funding for their startup. They could get “funded” (i.e. they could get to the point of issuing a Call for Proposals, finding the human resources believing in their idea and then developing the standard) but eventually the company (the standard) could very well not fly. Actually, only ~1/10 of all MPEG standards did actually fly.

Conversely, the process in some NBs is murky. Often, the NB membership does not represent the national reality. Often, large multinational players dictate the agenda. Often, employees of large companies are the only ones with the time and money required to attend high-level committees where important decisions are made. Often, “instructions” come from the above “communicating” positions taken by higher level bodies and to be executed by lower layer committees. Often, the chair of a committee may bring personal positions into other committees, call “friends”, without informing the committee, to get their motion approved. Often, a higher level committee may take a position diametrically opposite to the position unanimously agreed by a lower level committee on matters affecting the lower level committee.

My answer to the argument “this is how business works” is “from whom would you buy a second-hand car?”

The MPEG model has proved its worth. Logically, if something works – like MPEG – it should not be changed, aka if it ain’t broke don’t fix it. If the people in some committee fix what is not broken for one of more of the reasons above, they should bear responsibility for the misdeed. But the system has been designed to operate exactly in such a way that people who made the decisions will never be held accountable.

If there will be a new MPEG – clearly not in ISO – it should operate exactly as the old MPEG used to operate. Everybody should be entitled to make proposals, bring evidence, argument on the goodness of their proposal, find others who share the view that the proposal is good, and fight those opposing their idea by the force of their arguments.

Nothing murky should get in the way.

A preview of things to come: the old MPEG Requirements group is the only group in SC 29 that has not a chair.

Why is MPEG successful?