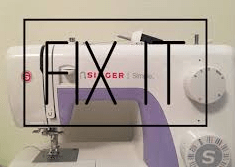 In this article I recall how the success story of the MPEG business model took shape, why that wonderful machine has jammed and how the competition is prospering. There could be a future that continues the successes of the past but more likely there will be another future that is costly for industry, research and consumers. This situation should prompt a call for action, but…

Starting with MPEG-1 (1992), MPEG standards have provided the industry with the means to carry out the transformation of media from analogue to digital. Subsequently, MPEG standards have enabled the industry to consolidate the transformation by giving the means to offer to consumers products and services of constantly improved performance. Globally, the annual value of products and services that rely on MPEG standards is ~1.5 trillion USD, or ~2% of the world gross product (GWP).

This success story is based on the “MPEG business model”, designed to reward innovation by developing standards that offer the best performance at a given time, without considering the impact of the IPRs introduced. As the model assumed, the market found the way to remunerate IPR holders and the royalties that the IPR holders obtained were typically reinvested in innovation that generated new IP for future standards.

The machine has jammed

Recently, this success story has been slowed down, if not interrupted. Some of the reasons are:

The issue with item 5 is that ISO requires patent holders to only declare how they will allow use of their IP: for free (option 1), FRAND assignment (option 2) or no assignment (option 3). This is inadequate for MPEG standards. I saw item 5 coming long time ago, I wrote about it and I even attempted to signal the IPR problem to higher ISO layers. I was stopped by a handful of National Bodies and then I turned to “silent mode”.

That the machine has jammed is shown by the situation of the latest approved video compression standard (HEVC): ~45 IPR holders, of which ~2/3 are part of 3 patent pools with divergent licences and ~1/3 is not part of any patent pool. Over the years the 3 patent pools made only atomic-level convergence and, 7.5 years after the approval of the standard, HEVC has a level of use only in broadcasting, but limited use in streaming.

This is not the only source of problems. The immersive audio compression standard MPEG-H 3D Audio has a significantly smaller number of IPR holders than HEVC. Still, there is no MPEG-H 3D Audio licence. When Sony wanted to use MPEG-H 3D Audio in a service, it was forced to ask MPEG to define a profile whose IP is expected to be owned by just one patent holder.

Starting from MPEG-4 Visual, there has always been a level of competition. However, that competition had a limited impact compared to the competition of Alliance for Open Media (AOM), established by Amazon, Cisco, Google, Intel, Microsoft, Mozilla and Netflix in 2016. AOM has released its AV1 video compression specification in 2018. The AV1 license can be defined as “royalty free”. AOM has also established a fund that can be used by AOM members if they are attacked by a third party for IPR infringement.

AV1 is currently widely used for streaming. However, AOM is actively working to get its specification adopted in other application areas, such as broadcasting and mobile.

What the future could be

Economists like to say that having more solutions is good for competition Ask consumers and they will remind you of Betamax and VHS. In the past 30 years, there has been a lot of competition in the field of digital media but that was between proponents of different technologies at MPEG meetings. Thanks to that competition consumers were offered a constantly improved “user experience”. I like to think that MPEG made both economists and consumers happy, a record.

If the MPEG business model were not beset by the difficulties I mentioned, the market could continue to be powered by MPEG standards for a few more decades. This is proved by just two cases. Traditional audio-video compression (for TV and mobile) has reached levels compatible with the development of networks, but more can be done. Coding of immersive audio-visual scenes is a wide research and innovation field.

The costs of the other future

In this section I will analyse the cost that the stalled situation will have on the industry, the research community and the consumers.

If the stalled situation described above will drag on, it can be expected that the markets will converge to royalty free solutions produced by a source dominated by a few big players. This source will not have an internal mechanism pushing for continuous innovation like MPEG used to have. Therefore, the source will hardly be able to offer the same rate of new technologies that we have witnessed in past decades.

Drawing a comparison with the situation of the 1970s and 1980s when the television industry was stagnating because it had all the technology it needed to make products and services, the media industry may face a future of stagnation.

I do not have direct experience but I have no difficulty believing what knowledgeable people told me, namely that AV1 has been developed by a handful of (very competent) engineers and a handful of (even more competent) patent attorneys.

The new future is one where thousands of well-paid jobs in media compression and the academic research that feeds it will go because there is no longer a pressing demand for new compression technologies.

This situation will obviously be reflected on consumers. They will probably enjoy a bonanza, like television users of the 1970s and 1980s did, because manufacturers will compete on price. But they will not enjoy new shiny devices or services.

No one is perfect, but some are more accomplished than others

The life of an MPEG standard