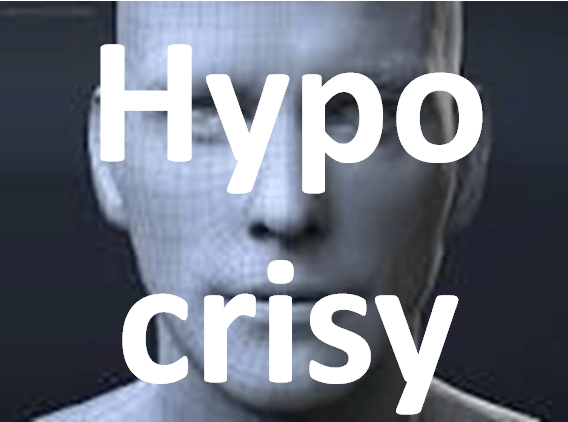 We are talking of hundreds of pages in total. They have costed hundreds of person-years for their development and extension over the decades.

In one of my previous articles, This is ISO – A feudal organisation, I have complained about the fact that ISO does not have a document even remotely similar to those above to regulate the activities at Technical Committee and Subcommittee level where political decisions are made. At meetings, the secretariat has the power to interpret the few rules that can be found in the directives and to invent new ones if needed. For instance, I was not allowed to put on record a statement with the justification that “only the secretariat has the right to put anything in the meeting report”. I believe that the right to have recorded a position in the minutes is most basic right of a representative system.

In this article I would like to highlight an aspect of the directives that has been made to apply to both ISO and IEC. in my opinion, it is debatable whether this aspect should even be regulated, while it is clear that this rule has devastating impacts on the development of standards and forces ISO participants to formally comply with it while finding all sorts of subterfuges to avoid it.

My question is: should the minimum – in my opinion the trivial – be regulated, when essential aspects such as regulating the power of committee secretariats or of the ISO central secretariat, take second place, actually no place at all?

I do not have direct experience of the case that triggered the issue I am going to address. I learned from knowledgeable persons that, at a time when a New Work Item Proposal (or another document) was out for ballot in JTC 1, a National Body used an official mailing list to lobby for the defeat of the document.

Personally, I would not think this is a crime as it was considered. Often there are intense communications among National Bodies behind the scenes when a document is out for ballot, so why not have it in public? One could even argue that it is preferable that National Bodies know all arguments.

Instead, this action drew the ire of the JTC 1 secretariat who obtained that the following rule be introduced: “Documents out for ballot at NP, Committee Stage or any later stage shall not be subject to formal discussion at any working level of JTC 1 during the balloting period. Therefore, National Body positions on a document under ballot are not to be formally discussed at any working level” (wording may have changed over the years).

For MPEG, this decision was a disaster waiting to happen, another proof that MPEG is the “odd committee out” in ISO (see The MPEG exception). One effect of the decision wouls be that MPEG standards, typically very complex documents, could no longer be collectively reviewed at meetings, one of the main activities that allow MPEG standards to be released in a timely manner and with few or no errors. While errors can be corrected, they require the publication of corrigenda to take effect, not desirable for many reasons.

That rule notwithstanding, however, MPEG went on unconcerned because, this was the reasoning, input documents identifying errors in draft standards were submitted by experts, not National Bodies. So, MPEG kept on discussing and fixing bugs in draft standards out for ballots at its meetings, as any company does for its specifications. National Bodies were informed that bugs had been discovered and could be fixed as documented in MPEG-produced documents titled “Study on Draft CD, DIS etc…”.

But the JTC 1 crusade to straighten things out in the world of international standards did not stop at JTC 1. After a few years, this rule, so far valid only for JTC 1, was made to apply to all of ISO. This was not enough for the JTC 1 secretariat. After a few years of efforts, the maneuvres to extend the rule to IEC as well succeeded. Finally, ISO and IEC could tread in the ways of righteousness!

Unfortunately the attention, already turned to MPEG for other matters, was further focused on MPEG. The group realised that the interpretation of “documents identifying errors submitted by experts and not by National Bodies” would not be accepted. I began asking for advice to several National Bodies. Some were kind enough to offer specific advices like “You should meet in a session outside of the official meeting to discuss bug fixing of documents out for ballot” or “Create a copy under different document number – even if the content is more or less exactly the same, possibly titled “continuous improvement of ………….” and so on.

The story above is a fair description of the atmosphere in which people operate in ISO. Rules are established haphazardly with language, subject to interpretation by a secretariat, to achieve undefined goals of righteousness disregarding the impact on the real mission that should concern ISO, namely, to serve the industry with timely and bug-free standards. The “workers” (or should I call them “peasants”?) who ensure that the ISO mission is reached, not only should work, but are also forced to behave hypocritically by upholding the sacrosanct value of the Directives in words while finding subterfuges to circumvent them in practice.

All this while nothing is done to set order where order is much needed: regulating the power of secretariats.

In Matthew 7:5 we find “Thou hypocrite, first cast out the beam out of thine own eye; and then shalt thou see clearly to cast out the mote out of thy brother’s eye”.

Getting out of the mess

Another view at MPEG’s strengths and weaknesses