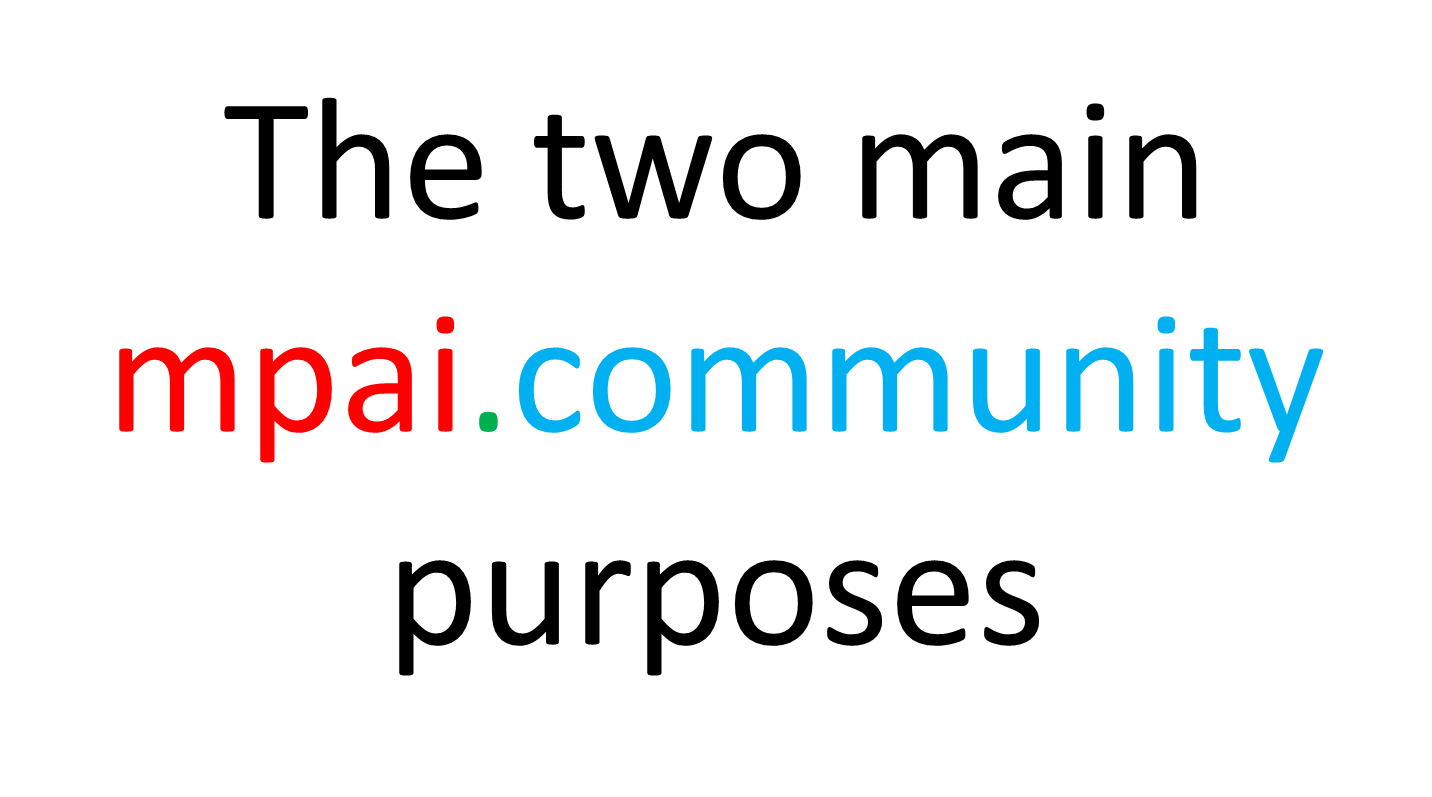 So far I have discussed the shortcomings of the organisation called ISO: feudalism, chaos, hypocrisy, obtuseness and incompetence. Fortunately, we are not stuck with ISO. The good side of our age is that, if you are unhappy of a situation (here I am talking of standards), you have the chance to do better.

On the 19th of July 2020, I did exactly that when my post New standards making for a new age launched the idea of MPAI – Moving Picture, Audio and Data Coding by Artificial Intelligence.

In what sense and to what extent does MPAI take advantage of this freedom and for what purposes? This article will try and answer this question.

One reason for creating MPAI is to respond to the needs of the MPEG constituency, ill-served by ISO’s self-imposed “FRAND” constraints and by its inability to react to the changes of the industry induced by MPEG standards and the effects wrought by industry changes on MPEG itself. MPAI intends to reverse the trend that has made progressively harder, especially for some industries, to use MPEG standards. MPAI does not believe that the alternative of offering “royalty free” standards to industries is sustainable even in the short term, as recent news may be read to confirm.

MPAI takes an antipodal attitude to MPEG with respect to the nature of the requirements that drive the work on a standard. In MPEG functional requirements, made widely known to industry, used to drive the development of a standard. Users were left to “discover” the commercial terms when the standard was done, possibly 4 years after the start of the work, but actually much later than that because of the time it usually took to develop licence(s) and in some cases, never.

MPAI would love to make both functional and commercial requirements available to users. However, providing a full set of commercial requirements may not by supported by antitrust regulations. Therefore, MPAI comes as close as possible to that by making known to users the business model, that MPAI calls Framework Licence (FWL), that IPR holders will eventually apply in their licence(s). The FWL does not contain the monetary values and other data that would be frown upon by antitrust authorities.

These are the main features of the MPAI FWL

After decades of hardly visible work by researchers, Artificial Intelligence (AI) is arousing the attention of the public at large. Various AI technologies have been and are being investigated with the goal to provide more efficient and more intelligent compression. MPAI retains the proposal made by the Italian Standards Organisation UNI in 2018 to consider coding as a single field of which instances are: images, moving pictures, audio, 3D Graphics and other data such as those generated in manufacturing, automotive, health and other fields, and generic data.

Even though MPAI has not been formally incorporated, experts are busy collecting use cases where AI-enabled coding can provide new solutions that enhance industry performance while benefitting end users.

It worked twice and will work again