In There is more to say about MPEG standards I presented the entire spectrum of MPEG standards. No one should deny that it is an impressive set of disparate technologies integrated to cover  fields connected by the common thread of Data Compression: Coding of Video, Audio, 3D Graphics, Fonts, Digital Items, Sensors and Actuators Data, Genome, and Neural Networks; Media Description and Composition; Systems support; Intellectual Property Management and Protection (IPMP); Transport; Application Formats; API; and Media Systems.

How on earth can all these technologies be specified and integrated in MPEG standards to respond to industry needs?

This article will try and answer this question. It will do so by starting, as many novels do, from the end (of an MPEG meeting).

Let’s start from the end (of an MPEG meeting)

When an MPEG meeting closes, the plenary approves the results of the week, marking the end of formal collaborative work within the meeting. Back in 1990 MPEG developed a mechanism – called “ad hoc group” (AhG) – that would allow to continue a form of collaboration. This mechanism allows MPEG experts to continue working together, albeit with limitations:

On average some 25 AhGs are established at each meeting. There is not one-to-one correspondence between MPEG activities and AhGs. Actually AhGs are great opportunities to explore new and possibly cross-subgroup ideas.

Examples of AhG titles are

What happens between MPEG meetings

Most AhGs hold scheduled meetings on the weekend that precedes the next MPEG meeting. These are very useful to coordinate the results of the work done and to prepare the report that all AhGs must make to the MPEG plenary on the following Monday.

AhG meetings, including those in the weekend preceding the MPEG meeting, are not formally part of an MPEG meeting.

An MPEG meeting at a glance

Subgroups start their meetings on Monday afternoon. They review their own activities and kick off work in their areas. Each subgroup assigns activities to breakout groups (BoG) who meet with their own schedules to achieve the goals assigned. Each Subgroup may hold other brief meetings to keep everybody in the Subgroup in sync with the general progress of the work.

For instance, the activities of the Systems Subgroups are currently: File format, DASH, OMAF, OMAF and DASH, OMAF and MIAF, MPEG Media Transport, Network Based Media Processing and PCC Systems.

Table 1 – Joint meeting of Systems Subgroup with other Subgroups

NB: VCEG is the Video Coding Experts Group of ITU-T Study Group 16. It is not an MPEG Subgroup.

On Friday morning all Subgroups approve their own results. These are automatically integrated in the general document to be approved by the MPEG Plenary on Friday afternoon.

A bird’s eye view of an MPEG meeting

What is “done” at an MPEG meeting?

An example – the video area

Let’s take as example the work done in the Video Coding area at the March 2019 meeting.

The table below has 3 columns:

CE: Core Experiment, i.e. definition of and experiment that should improve performance

CTC: Common Test Conditions, to be used by all CE participants

CfP: Call for Proposals (this time no new CfP produced, but reports and analyses of submissions in response to CfPs)

EE: Exploration Experiment, an experiment to explore an issue because it si not mature enough to be a CE

Tools: other supporting material, e.g. software developed for common use in CEs/EEs

What is produced by an MPEG meeting

Figure 2 gives the number of activities for each type of activity defined in the legend (and others that were not part of the work in the video area). For instance, out of a total of 97 activities: 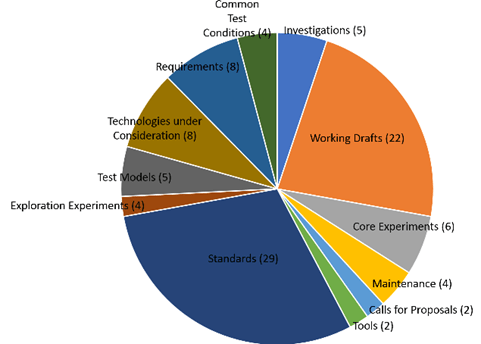 Figure 2 – Activities at an MPEG meeting

Figure 2 does not provide a quantitative measure of “how many” documents were produced for each activity or “how big” they were.  As an example, Point Cloud Compression has 20 Core Experiments and 8 Exploration Experiments under way, while MPEG-5 EVC has only one large CE.

MPEG holds quarterly meetings with an attendance of ~500 experts. If we assume that the average salary of an MPEG expert is 500 $/working day and that every expert stays 6 days (to account for attendance at AhG meetings), the industry investment in attending MPEG meetings is 1.5 M$/meeting or 6 M$/year. Of course, the total investment is more than that and probably in excess of 1B$ a year.

With the meeting organisation described above MPEG tries to get the most out of the industry investment in MPEG standards.

Egg and chicken – tax and expenses