In Is there a logic in MPEG standards? and There is more to say about MPEG standards I have made an overview of the first 11 MPEG standards (white squares in Figure 1). In this article I would like to continue the overview and briefly present the remaining 11 MPEG standards, including those what are still being developed. Using the same convention as before those marked yellow indicate that no work was done on them for a few years 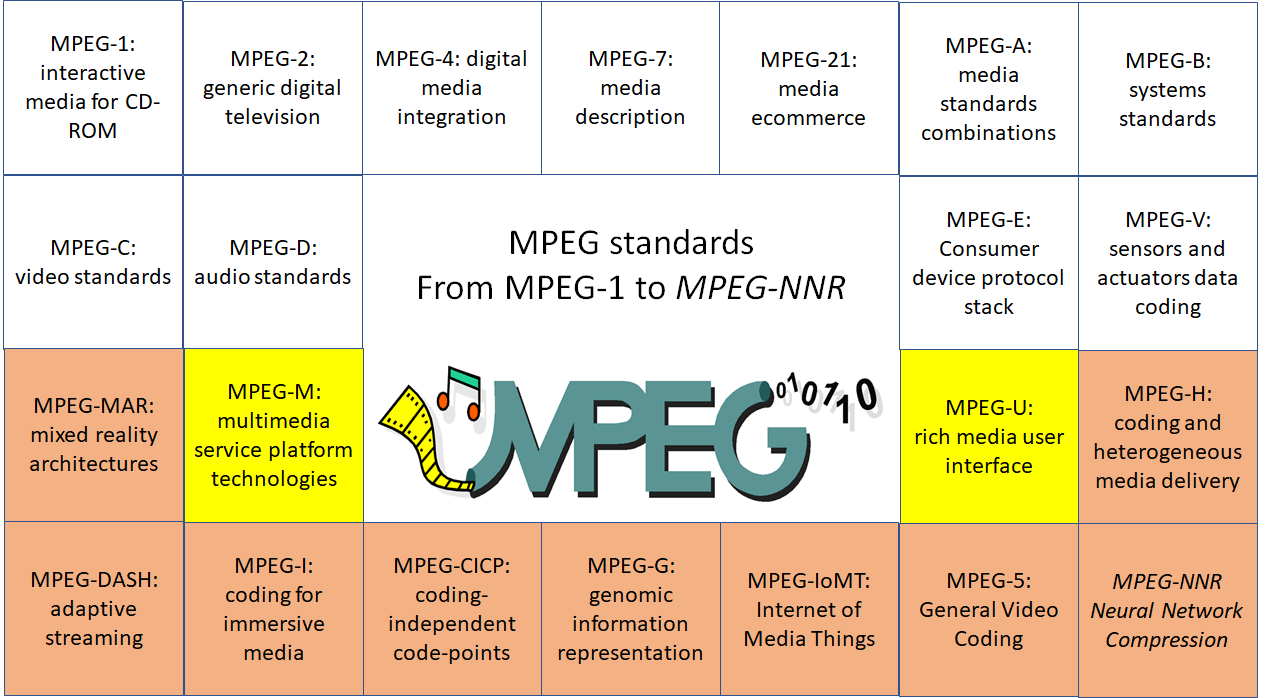 Figure 1 – The 22 MPEG standards. Those in colour are presented in this article

In the Mixed and Augmented Reality (MAR) paradigm, representations of physical and computer mediated virtual objects are combined in various modalities. The MAR standard has been developed to enable

MAR-RM and ARAF paradigmatically express the differences between MPEG standardisation and “regular” IT standardisation. MPEG defines interfaces and technologies while IT standardars typically defines architectures and reference models. This explains why the majority of patent declarations that ISO receives relate to MPEG standards. It is also worth noting that in the 6 years it took to develop the standard, MPEG developed 3 editions of its ARAF standard.

The Reference architecture of the MAR standard is depicted in the figure below.

Information from the real world is sensed and enters the MAR engine either directly or after being “understood”. The engine can also access media assets or external services. All information is processed by the engine which outputs the result of its processing and manages the interaction with the user. 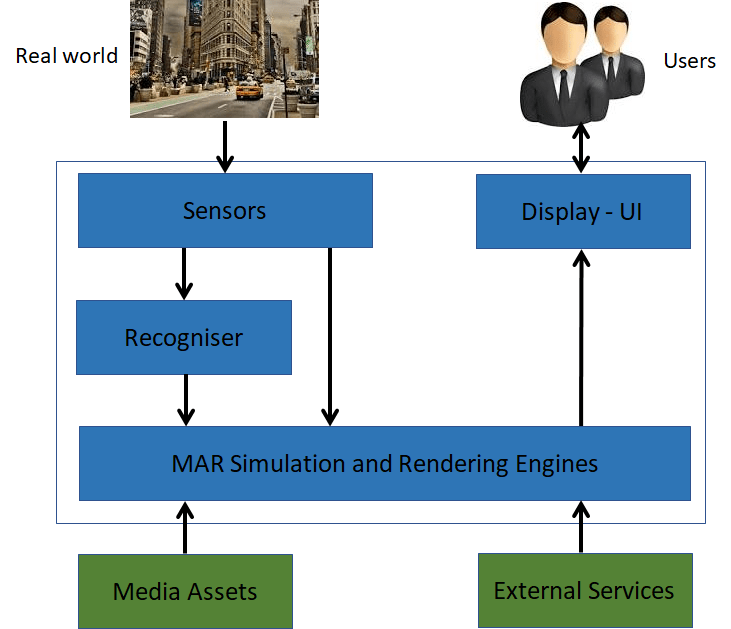 MM-RM is a one-part standard.

As shown in Figure 3, the first component is API: High-Level API for applications and Low Level API for network, energy and security.

MPEG-M is a 5-part standard

The development of the MPEG-U standards was motivated by the evolution of User Interfaces that integrate advanced rich media content such as 2D/3D, animations and video/audio clips and aggregate dedicated small applications called widgets. These are standalone applications embedded in a Web page and rely on Web technologies (HTML, CSS, JS) or equivalent.

With its MPEG-U standard, MPEG sought to have a common UI on different devices, e.g. TV, Phone, Desktop and Web page.

The MPEG-U architecture is depicted in Figure 5.

Figure 6 depicts the operation of an MPEG-U widget for TV in a DLNA enviornment. 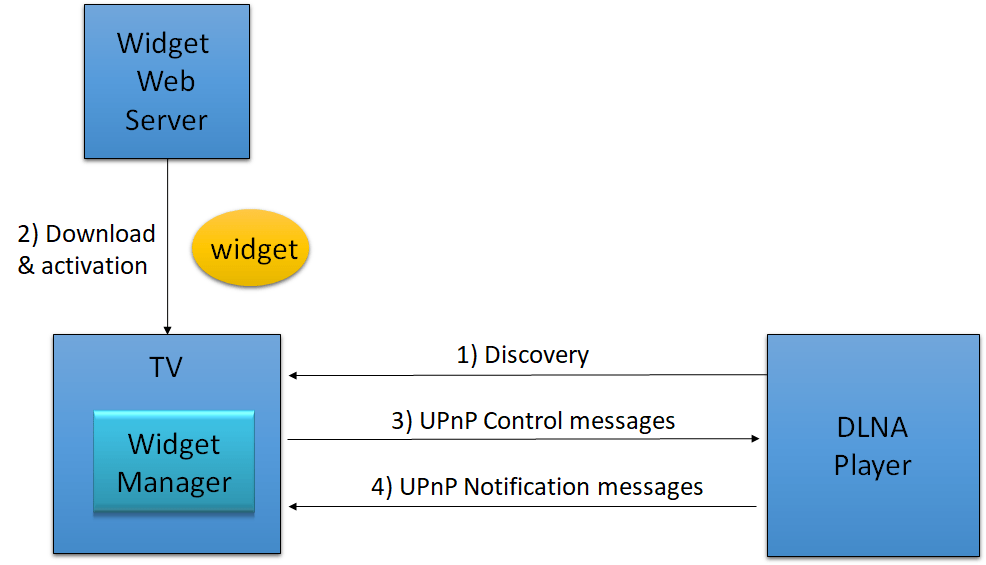 Figure 6 – MPEG-U for TV in a DLNA environment

MPEG-U is a 3-part standard

High efficiency coding and media delivery in heterogeneous environments (MPEG-H) is an integrated standard that resumes the original MPEG “one and trine” Systems-Video-Audio standards approach. In the wake of those standards, the 3 parts can be and are actually used independently, e.g. in video streaming applications. On the other hand, ATSC have adopted the full Systems-Video-Audio triad with extensions of their own.

MPEG-H has 15 parts, as follows

Dynamic adaptive streaming over HTTP (DASH) is a suite of standards for the efficient and easy streaming of multimedia using available HTTP infrastructure (particularly servers and CDNs, but also proxies, caches, etc.). DASH was motivated by the popularity of HTTP streaming and the existence of different protocols used in different streaming platforms, e.g. different manifest and segment formats.

By developing the DASH standard for HTTP streaming of multimedia content, MPEG has enabled a standard-based client to stream content from any standard-based server, thereby enabling interoperability between servers and clients of different vendors.

As depicted in Figure 7, the multimedia content is stored on an HTTP server in two components: 1) Media Presentation Description (MPD) which describes a manifest of the available content, its various alternatives, their URL addresses and other characteristics, and 2) Segments which contain the actual multimedia bitstreams in form of chunks, in single or multiple files.

Currently DASH is composed of 8 parts

Currently MPEG-I has 11 parts but more parts are likely to be added.

Genomic Information Representation (MPEG-G) is a suite of specifications developed jointly with TC 276 Biotechnology that allows to reduce the amount of information required to losslessly store and transmit DNA reads from high speed sequencing machines.

An MPEG-G file can be created with the following sequence of operations:

Internet of Media Things (MPEG-IoMT) is a suite of specifications:

A Media Thing (MThing) is the media “version” of IoT’s Things.

The IoMT reference model is represented in Figure 9

Figure 9: IoT in MPEG is for media – IoMT

Well, yes, in terms of standards that have been developed, are being developed or being extended, or for which MPEG thinks that a standard should be developed. Well, no, because MPEG is a forge of ideas and new proposals may come at every meeting.