The title of this article contains three elements: the verb own pre- and postfixed with a quotation mark which conveys the notion of having “a control of, a stake in or an influence on”; the acronym MPEG with its multiple meanings; and the pronoun who which represents several entities.

In this article I will try and clarify the nature of these three elements and draw some conclusions that may be useful for some impending decisions.

The different uses of the word “MPEG”

In MPEG: what it did, is doing, will do I have reported evidence that even the public at large widely knows the word “MPEG”. But what do they mean when they use it? Most often they intend some “media technologies” present in a device or used to create, store or transmit media content. Therefore, the word “MPEG” in this context is owned by all.

The domain mpeg.org is obviously connected to the word “MPEG”. As I have written in the same MPEG: what it did, is doing, will do, the domain is owned by an individual who is not using the domain, is not inclined to donate it and does not answer when asked how much will make him inclined. So mpeg.org is privately owned.

A small number of people use the word “MPEG” to indicate one of more of the ISO/IEC standards listed in ISO numbers of MPEG standards. In this context the ownership is clear because ISO and IEC own the copyright of the standard, as stated in the second page of all MPEG standards. But what about other rights?

A small but important number of people use the word MPEG to indicate the working group (WG) whose official name is ISO/ IEC JTC 1/SC 29/WG 11 (I still have to meet someone who is not in the ISO/IEC circle and knows the avronym). To understand what “ownership” means in this context we have to make a digression that I hope will be perceived as short.

The place of the MPEG WG in ISO

The MPEG WG is the green box in the ISO organisation chart of Figure 1. I know that I should also say something about IEC, but the explanation I am going to make will discourage a sufficient number of well-intentioned readers to read further and I do not want to risk losing them all. 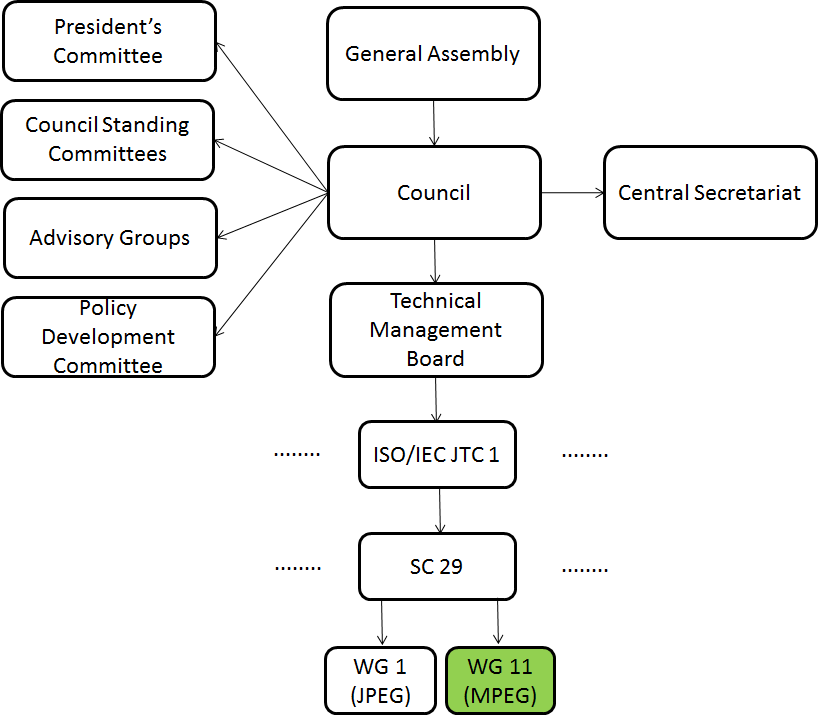 Figure 1 – MPEG sits at the bottom of the ISO organisation

In the hierarchical organisation of Figure 1 there are plenty of opportunities to claim “ownership”.

The MPEG WG is populated by experts who are accredited by the ISO NBs they are members of. They are typically employes of a company or university but there are some students, consultants or simply individuals.

Experts attending MPEG produce standards using the process described in … ISO and IEC sell copies of the standards whose copyright they own. These can be purchased online from www.iso.org. Some standards (e.g. those common with ITU) can be freely downloaded.

A court of law may declare that a patent is essential to practice a standard in a jurisdiction. This kind of declaration is available for a limited number o patents (compared to the number of patents granted). Therefore, the identity of those who really “own” something in an MPEG standard is typically wrapped in mystery.

ISO and IEC (and ITU when relevant) keep patent declarations spontaneously made by those who believe they have rights in the standards. Patent declarations are also made by those who submit technologies for consideration by MPEG, either as part of responses to a Call for Proposal or as independent submissions (e.g. when submitting results of a Core Experiment). ISO and IEC simply record those declarations and take no stance regarding their validity. Therefore, the actual “ownership” claimed by those declarations or agreements to recognise them has to be determined outside of ISO.

In the second half of the 1990’s, MPEG developed the MPEG-4 “copyright disclaimer” whereby users could get a free license from ISO/IEC to use and modify individual modules of the reference software for products claiming conformance to the specific MPEG standard. Of course, the copyright disclaimer included the usual disclaimer about third parties’ rights.

In the mid 2000s MPEG adopted a slightly modified version of the Berkeley Software Distribution (BSD) available as MXM Licence), a licence originally used to distribute a Unix-like operating system. The licence simply says that the reference software may be used for anything the uses wishes, with some obvious exceptions. MPEG has added the usual disclaimer (the “modification” above) about possible third-party rights.

The notion of “ownership”, possibly a more complicated one, is also applicable to conformance testing suites. These consist of bitstreams designed and produced by MPEG experts to test particularly critical parts of a decoder. They have a normative value and are declared to conform to a specific MPEG standard. Bitstreams can be downloaded from the ISO web site and used to check whether a decoder implementation conforms to the standard.

There are other parties who have some “ownership” of MPEG standards, the companies (in some cases individuals) who have contributed content – images, audio, video and point clouds – used to carry out evaluations of submissions or verification tests. The very first test sequences used by MPEG were the so-called “CCIR sequences” donated by CCIR (now ITU-R) and used in MPEG-1 and other Calls for Proposals. For years the entire video coding community widely used “Table tennis”, “Mobile and calendar” etc. More recently, rights holders have begun to license content to individual MPEG experts for the purpose of developing MPEG standards.

ISO’s is a different organisation chart

Many companies have similar organisation charts with similar boxes as those of Figure 1. They are populated in the real world by employees and managers often with the support of secretariats. Unlike companies, however, ISO does not have its own employees populating the boxes located under the Technical Management Board. Who populates them?

Working Groups are populated by experts sent by companies and chaired by convenors, normally coming from industry. The role of convenors is to facilitate consensus and to detect achievement of consensus. As part of their duty to convene experts, convenors may need to organise the work. This gives convenors a limited level of “ownership”.

Subcommittees and Technical Committees are populated by delegations of National Bodies made up of NB officers often complemented by industry representatives. SC and TC secretariats have a level of “ownership” because the ISO/IEC Directives assign to them several important tasks such as the management of document balloting, e.g. proposals of new work items or approval of standards under development. Committee chairs, too, have a level of ownership.

As we have seen, National Bodies permeate the ISO structure at all levels. Decisions at TC and SC level are made by NB votes. It is a one country, one vote systems but, sometimes, some votes weigh more than others. Votes are cast on the basis of the opinion formed within the NBs, ostensibly to further “national interests”.

National Bodies usually have a structure mirroring that of ISO. Industrial interests of national companies which are members of the National Body, often subsidiaries of multinational companies, intermingle to determine national positions on matters to be decided at the international level.

In this article I have tried to identify and describe the different forms of MPEG-generated “ownership”. Clearly the most important “ownership” is represented by MPEG standards because they generate three revenue streams: from products/services/applications enabled by MPEG standards (companies) to satisfy end user needs, from those who practice MPEG standards (patent or, more generally, intellectual property holders) and from the sale of standards (ISO/IEC and National Bodies).

Unfortunately, this clearcut logic is polluted by the different forms of “ownership” that I have described above, especially the desire of National Bodies to hold committee secretariats and nominate chairs. These may be nice-looking elements in National Body panoplies, but have nothing to do with the intensity of the three streams, the raison d’être of a standards organisation.

The intensity of revenue streams exclusively depends on the productivity of the “machine” (the committee) that creates the standards. “Owners” acting according to logic should leverage – not meddle with – a working group whose standards enable a global turnover of devices worth more than 1 trillion USD and services revenues of ~230 billion USD for pay-tv alone (data of 2018).

It will be interesting to see if the next decisions will follow a revenue stream maximisation logic, a curio collection logic or a survival logic.