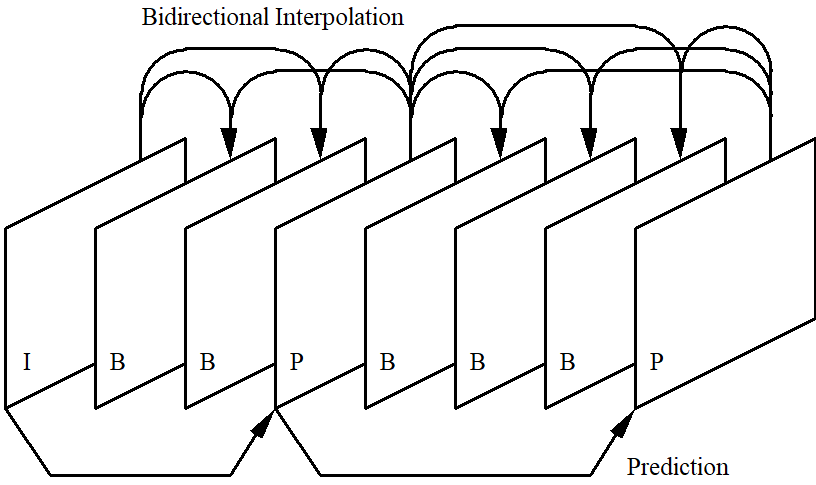 The question looks innocent enough. A video is a sequence of images (called frames) captured and eventually displayed at a given frequency. However, by stopping at a specific frame of the sequence, a single video frame, i.e. an image, is obtained.

If we talk of a sequence of video frames, that would always be true. It would also be true if an image compression algorithm (an “intra-frame” coding system) is applied to each individual frame. Such coding system may not give an exciting compression ratio, but can serve very well the needs of some applications, for instance those requiring the ability to decode an image using just one compressed image. This is the case of Motion JPEG (now largely forgotten) and Motion JPEG 2000 (used for movie distribution and other applications) or some profiles of MPEG video coding standards used for studio or contribution applications.

If the application domain requires more powerful compression algorithms, the design criteria are bound to be different. Interframe video compression that exploits the redundancy between frames must be used. In general, however, if video is compressed using an interframe coding mode, a single frame may very well not be an image because its pixels may have been encoded using pixels of some other frames. This can be seen in the image below dating back 30 years ago in MPEG-1 times.

The first image (I-picture) at the left is compressed using only the pixels in the image. The fourth one (P-picture) is predictively encoded starting from the I-Picture. The second and third image (B-pictures) are interpolated using the first and the fourth. This continue in the next frames where the sequence can be P-B-B-B-P where the last P-picture is predicted from the first P-picture and 3 interpolated pictures (B-pictures) are created from the first and the last P pictures.

All MPEG intraframe coding schemes – MPEG-1, MPEG-2, MPEG-4 Visual and AVC, MPEG-H (HEVC), and MPEG-I (VVC) – have intraframe encoded pictures. This is needed because in broadcasting applications the time it takes for a decoder to “tune-in” must be as short as possible. Having an intra-coded picture, say, every half a second or every second, is a way to achieve that. Having intra-coded pictures is also helpful in interactive applications where the user may wish to jump anywhere in a video.

Therefore, some specific video frames in an interframe coding scheme can be images.

Why don’t we make the algorithms for image coding and intra-coded pictures of an interframe coding scheme the same?

We could but this has never been done for several reasons

One could say that the needs of traditional 2D image and video are well covered by existing standards, But what about new technologies that enable immersive 2D visual experiences?

One could take a top-down philosophical approach. This is intellectually rewarding but technology is not necessarily progressing following a rational approach. The alternative is to take a bottom-up experiential approach. MPEG has constantly taken the latter approach and, in this particular case, it acts in two directions: