Purely based on logic, MPEG should not exist.

In the 1980s the Galactic Empire of media standardisation was firmly in the hands of ITU (videocommunication and speech), IEC (audio and television) and ISO (photography and cinematography), not to mention its kingdoms and duchies – the tens of regional and national standards committees.

How could this little Experts Group, not even recognised in the ISO hierarchy, become the reference standards group of the media industry (and more to come)?

Like the Mule in Asimov’s Foundation, MPEG came to the fore with unstoppable force. In this article I will tell the (short) story of how the impossible happened.

I was hired to do research on videophone at CSELT, the research center of Telecom Italia (at that time STET/SIP) and in 1978 I joined the European Action COST 211. The Action’s goal was to specify, implement and trial a 2 Mbit/s videoconference system based on DPCM and Conditional Replenishment. In those years that was as much as sparse electronics and MSI chips could implement.

In 1984 the results of the project were standardised as ITU Recommendation H.120 – Codecs for videoconferencing using primary digital group transmission. A few industrial implementations were made (one from my lab prototype, at that time reduced to 2 16U racks), but the service had a limited use. 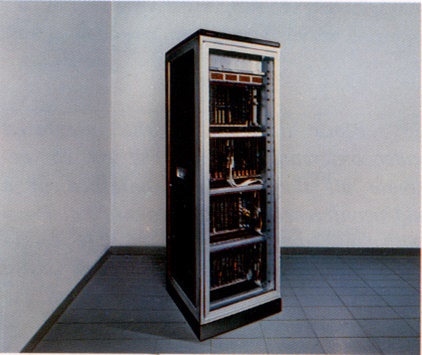 COST 211 was followed by COST 211 bis which became a European coordination forum for next ITU-T project. I attended the first few meetings of what was then called the Okubo group, from the name of its chairman. The group developed the specification that in 1988 became H.261 – Video codec for audiovisual services at p x 64 kbit/s.

I discontinued my participation because I did not agree with some of the decisions that were made by the group. My bête noire was the Common Intermediate Format (CIF). As the name implies, CIF was a video format defined as a sequence of frames with a resolution of 352×288 pixels, (1/4 of a PAL frame) at a rate of ~ 29.97 frames/s (the NTSC rate). I failed to convince my colleagues that defining video formats was history – an encoder issue. A decoder designed for flexibility could handle different spatial and temporal resolutions.

In 1984 the European Commission (EC) launched the trial version of its research program Research & development on Advanced Communication for Europe (RACE). I set up a consortium called Integrated Video Codec (IVICO) which was awarded a 1 year grant. The project, a scaled-up version of the COMIS projects, came up with a work plan based on a general coding architecture – DCT + motion compensation, at that time not a discounted solution.

At the end of the year funding of the project was discontinued, I believe that was done because a project whose aim was to design VLSI chips for a consumer market of video decoders was at odds with the EC policy of that time: analogue HD-MAC as the next television format, and digital for the next century (the one we live).

In December 1986 I went to Globecom, held in Houston, TX, to present a paper on the IVICO project. At the conference I met Hiroshi Yasuda and other University of Tokyo alumni I had known during my PhD there. Hiroshi invited me to attend the next meeting of the Joint ISO-CCITT Photographic Coding Experts Group (JPEG) in March.

Going to JPEG meetings made sense to me because my group at CSELT was involved in another European project called Photographic Image Compression Algorithm (PICA). This had been launched by British Telecom to coordinate European participation in JPEG. So, in March 1987 I went to Darmstadt where the FTZ research centre of Deutsche Bundespost hosted the JPEG meeting that finalised the procedure to test proposals to be submitted in July 1987.

I was favourably impressed by the heterogeneous nature of the group. Unlike the various European standards groups I had attended since the late 1970s – all composed of telecommunication people – JPEG was populated by representatives of a wide range of international companies such as telecommunication operators (British Telecom, Deutsche Telekom, KDD, NTT), broadcasting companies (CCETT, IBA), computer manufacturers (IBM, Digital Equipment), terminal equipment manufacturers (NEC, Mitsubishi), integrated circuits (Zoran) and others.

In those years I was particularly attracted by the project announced by Philips called CD-i (compact disc interactive) that targeted interactive video on compact disc, hence for a bitrate of ~1.5 Mbit/s. I thought that consumer electronics (CE) should be the industry developing the video equipment that the telecom industry could use, if only the CE industry could be convinced that it was in their interest to develop products based on international standards, instead of proprietary solutions.

At the July meeting, hosted by Kjøbenhavns Telefon Aktieselskab (KTAS) in Copenhagen, one of the PICA proposals coordinated by Alain Léger of CCETT, with the participation of my group, performed the best and became the basis on which the well know JPEG standard was developed. At that meeting I proposed to Hiroshi, who was the convenor of SC 2/WG 8, of which JPEG was an Expert Group that he chaired, to create another Experts Group on Moving Pictures in WG 8.

The birth of MPEG

The first project concerned video coding at a bitrate of about 1.5 Mbit/s for storage and retrieval applications “on digital storage media”. It was the realisation of my idea of an international standard developed by the researchers of all industries, implemented by the consumer electronics industry and exploited by the telecommunication and broadcasting industries for audio-visual services.

Having achieved this result, I set up a European project called COding of Moving Images for Storage (COMIS) where I called European telecom companies, CE companies, chip manufacturers, Universities, etc. The intention was not only to create a forum for a more effective participation in MPEG, but also to give more visibility to the MPEG group. Hiroshi did the same in Japan with its Digital Audio Pictures Architecture (DAPA).

The first MPEG meeting took place in Ottawa in May 1988 with 29 people in attendance. At the 4th MPEG meeting in December 1988 in Hannover, the Audio group was established. In a few meetings, the Video, Test, Digital Storage Media, Systems, VLSI groups were also established. The responses to the MPEG-1 Call for Proposals were considered in November 1989 in Kurihama, hosted by JVC, where the attendance reached 99.

I am pleased to say that, at the following Eindhoven meeting (February 1989), MPEG introduced Source Input Format (SIF) obtained by sampling the 625 lines and 525 lines frames yielding 288×352 pixels and 240×352 pixels, respectively, at different frame rates. Simulation results could be shown with the 625 or 525 version of the format. Making decoders disconnected from the video format of the encoder has been an MPEG constant ever since.

The creation of SC 29

In Kurihama the Multimedia and Hypermedia Experts Group (MHEG), an ISO-only group,  was added to WG 8. This meant that in less than two years after adding JBIG and MPEG to JPEG, the membership of WG 8 was already exceeding 150.  I assessed that WG 8 was too small a container for all the activities that were booming and pushed Hiroshi to create a Subcommittee out of WG 8.

At the Washington, DC meeting of SC 2 in April 1991, a coalition of National Bodies approved the secession of WG 8 from SC 2 and SC 29 held its first meeting in November 1991, just after the MPEG-2 tests, where the MPEG attendance reached 200.

MPEG “happened” against all odds, like the Mule in Foundation. My idea of combining the manufacturing capability of the consumer electronics industry to the needs of telecom and broadcasting services succeeded. Today the CE industry of the MPEG-1 times no longer exists as it has largely merged with the IT industry/ However, thanks to its MPEG-4 project, MPEG has been able to continue to play the role of reference standards body also for the “extended” media industry.

The successful MPEG story is a reminder that standardisation has all to gain from fostering the birth of “Mules”. Within MPEG everybody has the chance to become the next Mule. They just have to bring a plan (and convince the rest of MPEG ;-).

This is ISO – An obtuse organisation

Design and build the future of MPEG