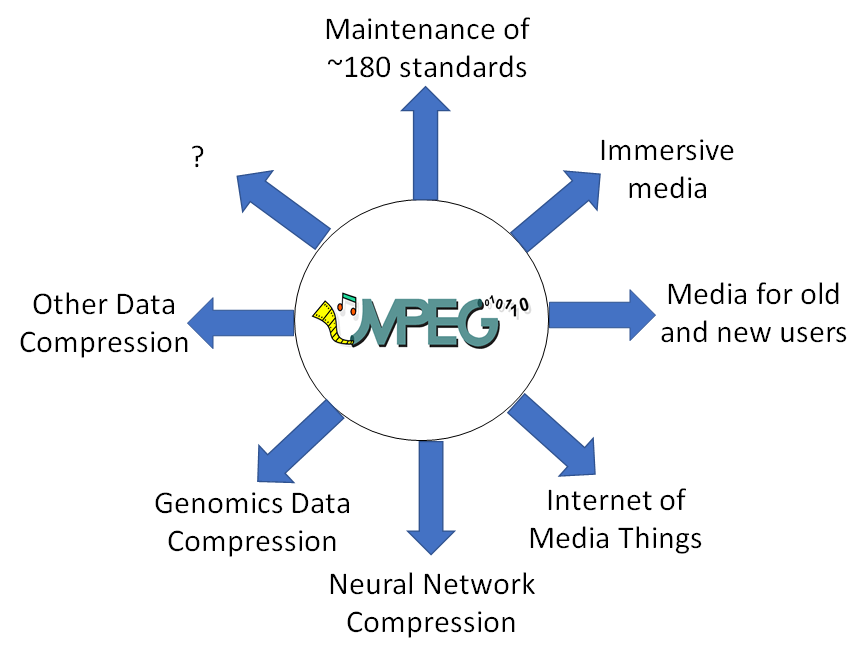 MPEG was established as an experts group on 1988/01/22 in Copenhagen, a little more that 32 tears ago. At that time, content media were already very important: voice communication; vinyl, compact cassettes, compact discs for audio; radio, mostly on terrestrial Hertzian channels; and television on 4 physical media: terrestrial Hertzian channels, satellite, cable and package media.

The way individual media evolved was a result of the technology adopted to represent content media and the way content media were distributed. Industry shared some elements of the technologies but each industry introduced many differences. The situation was further exacerbated by different choice made by different countries and regions, sometimes justified by the fact that some countries introduced a technology earlier (like 415 lines of UK TV before WW II and 525 lines od US TV some years later). In some other cases there was no justification at all.

The figure below represents the actors of 1988: 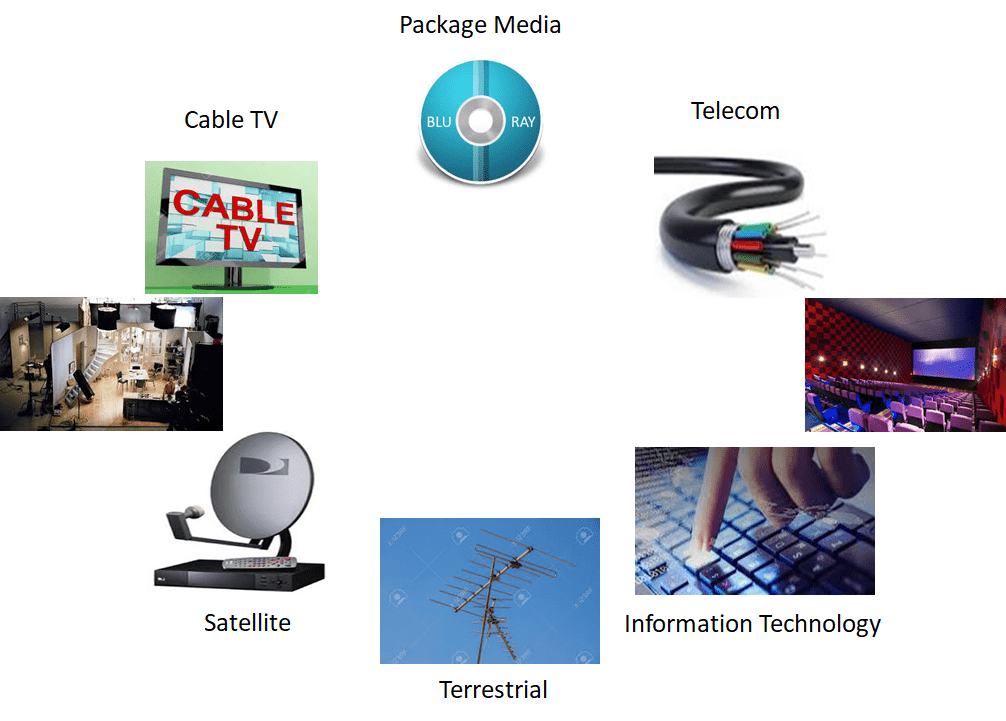 The figure includes also two industries who, at that time, did not have an actual business in content distribution. Telecommunications was actively vying for a future role (although at that time some telcos were running cable television services as a separate business from telephony both as public services). The second industry was information technology. Few at that time expected that the internet protocol, an outcome of the information technology industry because it was designed to enable computers to communicate, would become the common means to transport media. However, eventually that is what it did.

Even though it did not happen overnight, MPEG came, saw and unified. Today all the industries in the figure maintain a form of individual existence but they are much more integrated, as represented by the figure below. 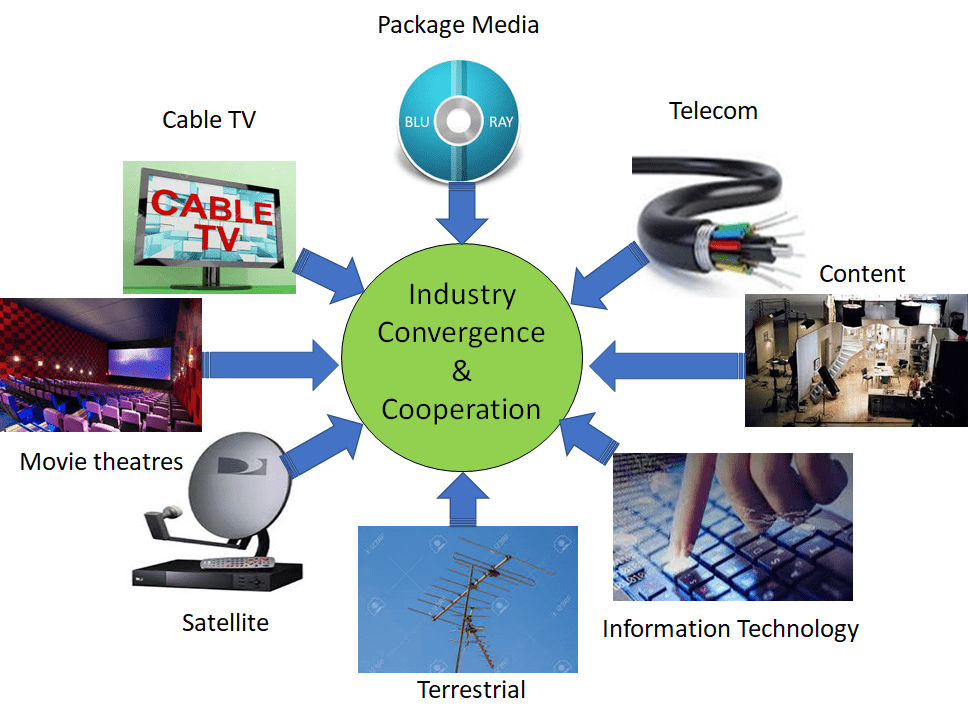 Industry convergence has become a much abused word. However, it is true that standard and efficient digital media have enabled the industries to achieve enormous savings in moving to digital, and expanding from it, by allowing reuse of common components possibly form hitherto remote industries. A notable example is Media Transport (MMT) which provides the means to seamlessly move from one-way to two-way media distribution because IP is the underlying common protocol.

It would be silly to claim that this is a result for which MPEG is the only one to claim merit. There are many other standards bodies/committees who share in this result. The figure below shows some of them. It should be cleat, however, that, all started from MPEG while other bodies took over from where MPEG has left the technology.

Is there a reason why MPEG has succeeded? Probably more than one, but primarily I would like to mention one: MPEG has created standards for interoperability where industry used to develop standards for barriers. Was MPEG unique in its driving thoughts? No, it just applied the physiocratic principle “laissez faire, laissez passer” (let them do, let them pass), without any ideological connotation. Was MPEG unique in how it did it? Yes, because it first applied the principle to media standard. Was MPEG unique in its result? Yes. It created a largely homogeneous industry in what used to be scattered and compartmentalised industries.

It is easy to look at the success of the past. It is a nice exercise to do when you have reached the end of the path, but this is not the case of MPEG. Indeed MPEG has a big challenge: after it has done the impossible, people expects to do even better in the future. And MPEG has better not fail 🙁

The figure below depicts some of the challenges MPEG faces in the next few years.

A short explanation of the 8 areas of the figure:

For as many years to come as it is possible to forecast today, industry and consumers will need MPEG standards.